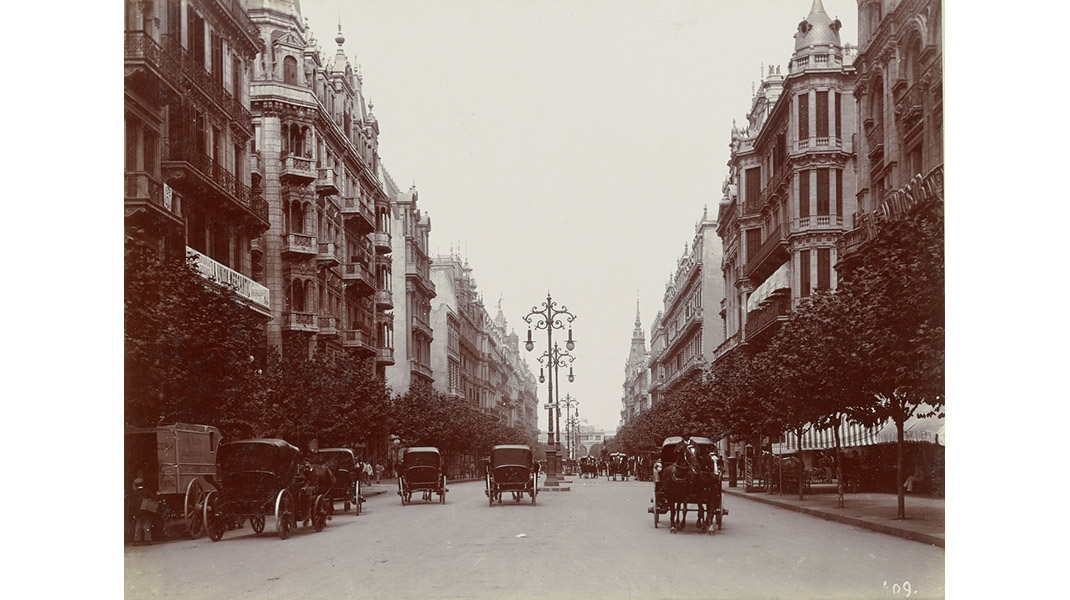 The Metropolis in Latin America, 1830-1930 is an exhibition that explores the impact that a century of accelerated urbanization as well as political and social transformations had on the architectural landscapes of six Latin American capitals: Buenos Aires, Havana, Lima, Mexico City, Rio de Janeiro, and Santiago de Chile. The exhibition features rare maps, engravings, drawings, photographs, books, and videos that range from Hernán Cortés’ map of Tenochtitlán (1524) to Le Corbusier’s sketches made during his visit to Buenos Aires (1929).

“The juncture that followed the processes of independence from Mexico to Argentina triggered a myriad of local initiatives that led to the re-organization of the cities from the newly freed republics to the nation-states before the Second World War,” explained Americas Society Visual Arts Director and Chief Curator Gabriela Rangel. “Metropolis is an effort that reveals the importance of archival research within a period that have been mostly overseen in the U.S. scholarship on Latin America. After Americas Society’s exploration of the emergence of mid-century modern design through our 2015 exhibition MODERNO: Design for Living in Brazil, Mexico, and Venezuela 1940-1978, we aim to present a previous step in the configuration of modern impulses and projects for the urban environment in small cities and big capitals.”

“During the almost four centuries of colonial rule, town planning was a key tool to build cities that had to be commercially functional and militarily strategic,” commented exhibition curator and The Getty Research Institute’s Associate Curator of Latin American Collections Idurre Alonso. “This exhibition traces the changes of six major capitals as independence, industrialization, and exchange of ideas altered their built environments and eventually transformed them into monumental, modern metropolises.”

The Metropolis in Latin America, 1830-1930 has been organized by The Getty Research Institute, Los Angeles, and was previously on view as part of Pacific Standard Time: LA/LA at the Getty Center. Curated by Idurre Alonso and Maristella Casciato.