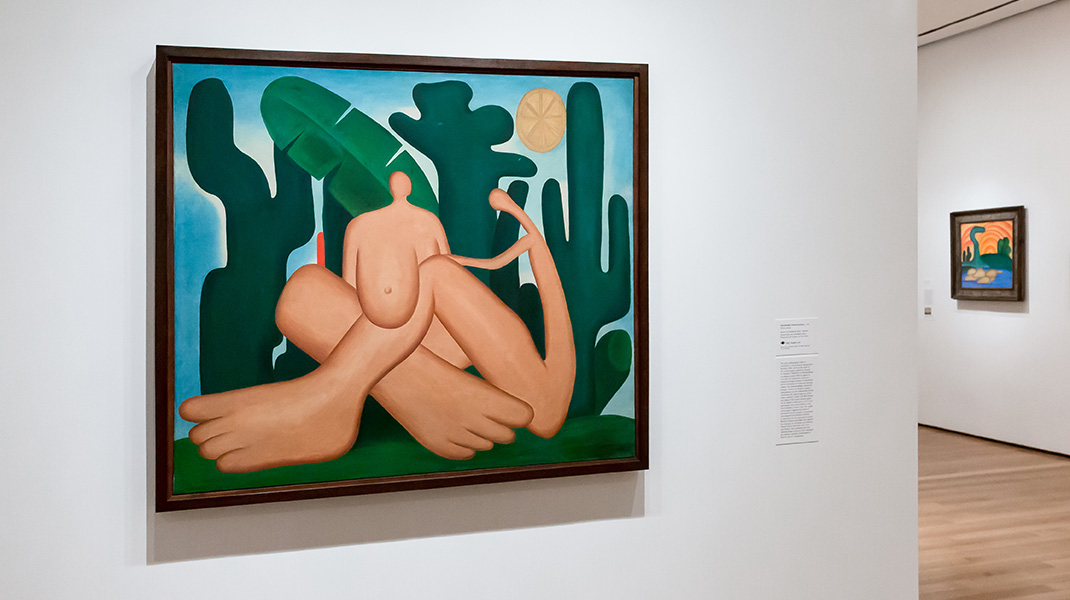 ” With Tarsila do Amaral: Inventing Modern Art in Brazil, The Museum of Modern Art presents the first monographic exhibition in the United States exclusively devoted to the pioneering work of Tarsila do Amaral (Brazilian, 1886–1973), a founding figure of Brazilian modernism. The exhibition focuses on the artist’s production from the 1920s, tracing the path of her groundbreaking contributions through approximately 120 works, including paintings, drawings, sketchbooks, and photographs drawn from collections across the US, Latin America, and Europe.

Tarsila do Amaral: Inventing Modern Art in Brazil explores the radical vision of an artist who profoundly shaped modernist practice in Brazil, and was a key figure for subsequent generations of Brazilian artists working across media, from literature and theater to fashion and music. A long-overdue introduction to this major Brazilian modernist for North American audiences, the exhibition will survey Tarsila’s career from her earliest Parisian works to the emblematic modernist paintings produced upon her return to Brazil, ending with her large-scale, socially driven works of the early 1930s. Central to the exhibition is the reunion of three landmark paintings: The Black Woman (1923), Abaporu (1928), and Anthropophagy (1929), a transformational series of works that were last exhibited jointly in North America as part of the MoMA exhibition Latin American Artists of the Twentieth Century in 1993.

Born in 1886 in the rural town of Capivari, on the outskirts of São Paulo, Tarsila—as she is affectionately known in Brazil—was raised among the plantation-owning bourgeoisie. Traveling in cosmopolitan circles between São Paulo and Paris, she enrolled at the Académie Julian, a Parisian art school that drew many international students.” — MoMA