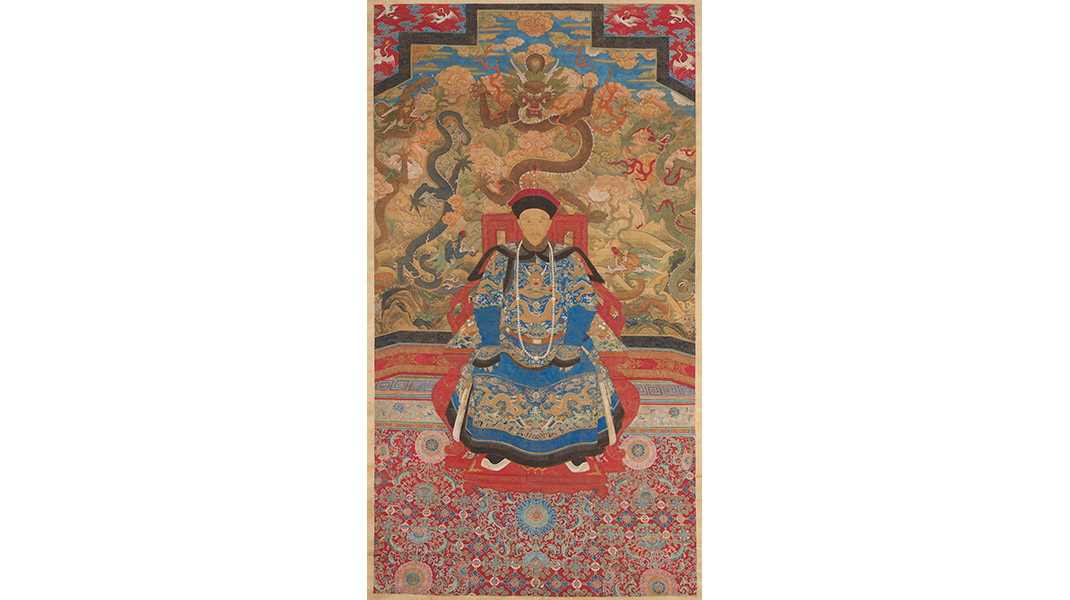 The Minneapolis Institute of Art (Mia) collaborated with celebrated theatre director and visual artist Robert Wilson to organize a first-of-its-kind exhibition highlighting the drama, rituals, and opulence of the Qing Empire, the last imperial dynasty of China. The exhibition presents objects from Mia’s renowned collection of Chinese art, including rare court costumes, jades, lacquers, bronzes, gold ornaments, paintings, and sculpture, displayed in an immersive, experiential environment conceived of by Wilson.

During the Qing (pronounced “ching”) court’s reign (1644–1912), the arts flourished—rivaling that of Europe’s great kingdoms. This backdrop of opulence served to affirm imperial power and prestige, and acted as stagecraft to enhance the emperor’s leading role as the ‘son of heaven.’

Costumes worn at court are given particular attention in the exhibition, including the display of exquisite robes heavily embroidered or woven with symbolic designs such as roiling waves and faceted rocks that evoke the earth’s oceans and mountains, or stylized clouds that suggest the heavens. Dragons, a longstanding symbol of imperial authority and might, often cavort in the clouds, suggesting the emperor’s rule of heaven and earth. These symbols are also repeated on other objects throughout the exhibition and help reinforce the sense of the imperial family’s rule as mandated from heaven.” — MIA

“The reason we work in the theater is to ask, ‘What is it?’ not to say what it is,” says Wilson. And this is the approach he has brought to Mia. Objects as emotion. The exhibition not as explanation, but as experience.

“Mia has one of the world’s great collections of Chinese art outside of China,” said Liu Yang, Mia’s curator of Chinese Art and head of China, South, and Southeast Asian Art. “Our collection of Qing dynasty textiles is one of the most comprehensive in the West, and we have many other important objects associated with the Qing emperors and their courts. It is personally very exciting for me to be able to highlight these objects in an unexpected and fresh manner by working with Robert Wilson.”