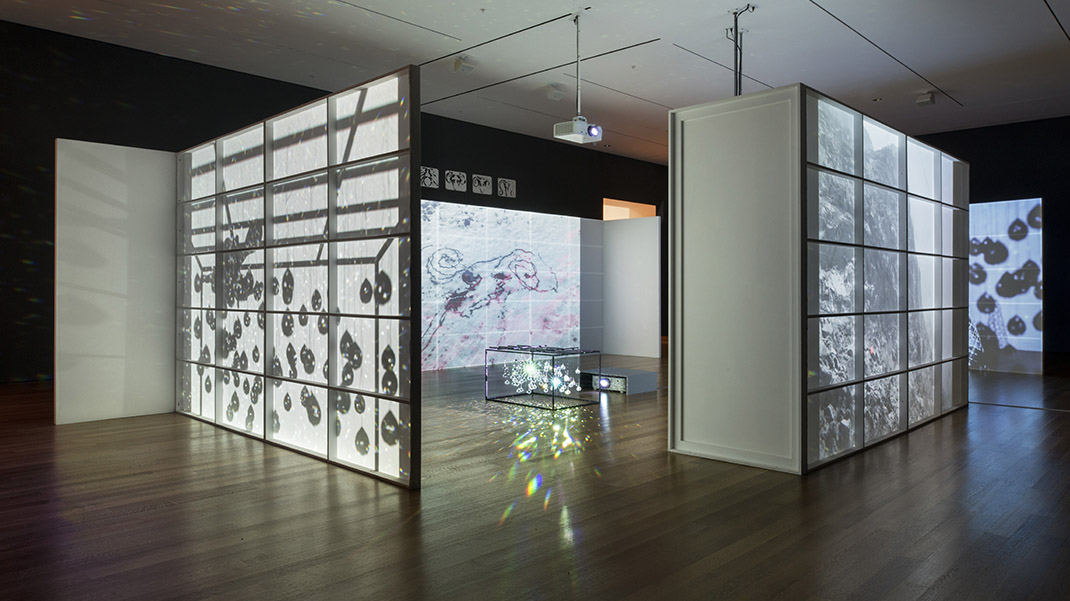 “Innovation in art is often characterized as a singular event—a bolt of lightning that strikes once and forever changes the course of what follows. This installation provides an alternative view: by chronicling the continual experimentation of artists long after their breakthrough moments, it suggests that invention results from sustained critical thinking, persistent observation, and countless hours in the studio. The artists presented here, broad-ranging in background and approach, are united in their ability to produce rigorous and inspiring work, year after year, across decades.

These galleries feature works from the second half of the twentieth century. Rather than showing artists’ early efforts, we visit them later in their careers. Familiar names—Louise Bourgeois, Philip Guston, Jasper Johns, Georgia O’Keeffe, and Andy Warhol, among others—are represented through less familiar works. Also present are key works by figures who may be less well-known. All of the objects included demonstrate artists testing and expanding the boundaries of their mediums and the possibilities for art.

This installation is a celebration of all that a career entails: investigation, reflection, commitment, reconsideration, even the occasional about-face. Offering another look at the history of art over the last half-century, The Long Run is for artists and for everyone who believes in the ceaseless desire to make meaningful work.” — Introductory Wall Text

The Long Run was organized by Paulina Pobocha, Associate Curator, and Cara Manes, Assistant Curator, Department of Painting and Sculpture.