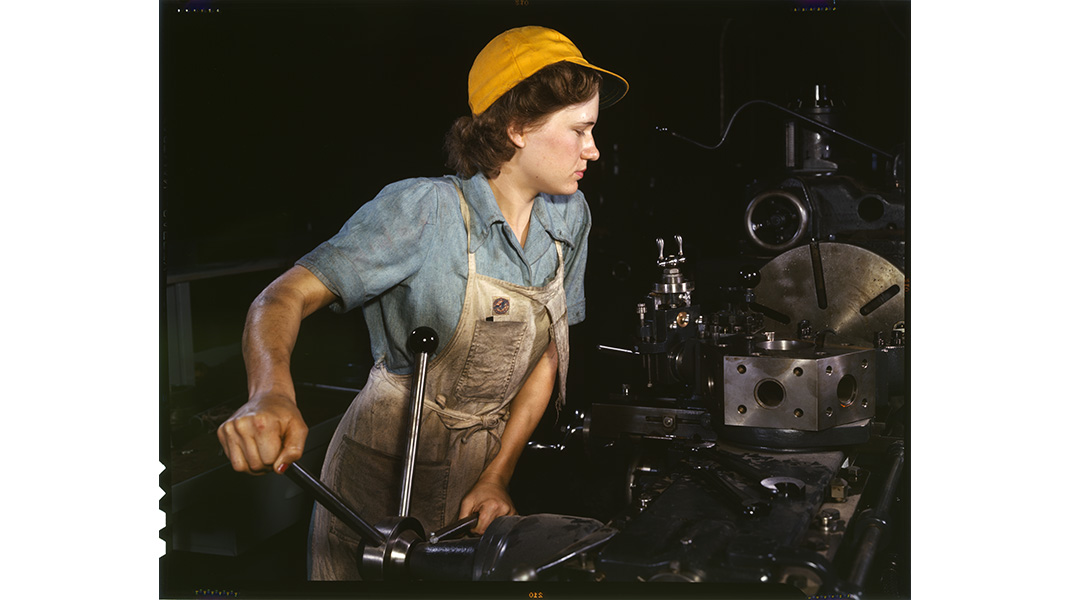 “The National Portrait Gallery’s exhibition The Sweat of Their Face: Portraying American Workers presents nearly 100 portrayals of laborers by some of the nation’s most influential artists. The multifaceted exhibition includes paintings, sculptures, drawings, prints, media art and photographs that reveal how American workers have shaped and defined the United States over the course of its history—from the Colonial era to the present day.

The Sweat of Their Face includes portraits by Winslow Homer, Dorothea Lange, Elizabeth Catlett, Lewis Hine, Jacob Lawrence and other renowned American artists. Power House Mechanic, a photograph by Lewis Hine, and The Riveter, by Ben Shahn, are significant works in their own right, but they also highlight the artist’s ability to recognize the vast population of anonymous workers and the contributions that their subjects have made. Furthermore, those depicted in The Sweat of Their Face draw attention to the relationships that exist between the viewer, artist and subject, many of the people portrayed are anonymous workers.” — National Portait Gallery

Laborers and their work have been shaping this country since its inception. “In The Sweat of Their Face, we explore who works, why and how their surrounding conditions have changed and evolved over time,” said Kim Sajet, director of the National Portrait Gallery. “In the early years of the 21st century, crucial questions persist over issues of jobs and workers’ rights, as well as larger issues of economic equality and social mobility. As we grapple with these questions, we might reflect on the labor of the workers from past epochs who have been brought out of anonymity and given the fullness of their humanity by some of America’s great fine artists.”

Pat Lyon at the Forge by John B. Neagle. Oil on canvas, 1829. Pennsylvania Academy of the Fine Arts, Philadelphia; gift of the Lyon family (1842.1)

The Sweat of Their Face is organized by curator of painting and sculpture, Dorothy Moss and historian emeritus, David C. Ward.