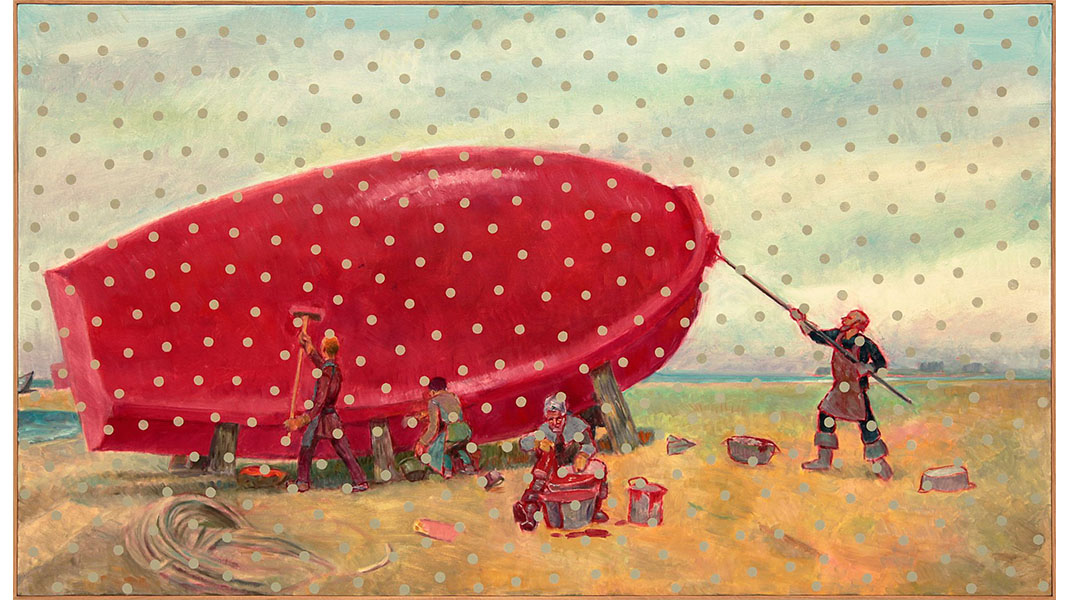 “This October, coinciding with the 100th anniversary of the 1917 Russian Revolution, Tate Modern will stage the first major museum exhibition in the UK of artists Ilya and Emilia Kabakov (b.1933 and b.1945). Curated in close dialogue with the artists and organised in collaboration with the State Hermitage Museum, St Petersburg and the State Tretyakov Gallery, Moscow, the exhibition will explore this pioneering couple’s place in the international story of conceptual art and will offer the chance to view rarely seen works together for the first time in the UK.

The Kabakovs are amongst the most celebrated Russian artists of their generation, widely known for their large-scale installations which draw upon the visual culture of the former Soviet Union and narrative traditions of Russian literature, often addressing universal themes such as utopia, dreams, fears and the human condition. The exhibition will feature over 100 works in a range of media, including paintings, drawings, albums, models and installations, and will chart their artistic journey, from Ilya’s role as an unofficial artist in Moscow working under the radar of the Soviet authorities, through to his move to the west in 1987, and subsequent collaboration with Emilia.

The title of the exhibition, Not Everyone Will Be Taken Into the Future, is taken from Ilya’s response to a study on the Russian abstract artist Kazimir Malevich, published in a 1983 issue of the underground magazine A-YA. In his writing, Kabakov poetically imagines Malevich as a headmaster selecting students for summer camp – an allegory for those artists who will – and will not – be taken into the future.” — Tate Modern

Ilya Kabakov (b. 1933) and Emilia Kabakov (b. 1945). The Six Paintings about the Temporary Loss of Eyesight (They are Painting the Boat), 2015. Oil paint on canvas, 1120 x 1960 mm.  Private collection © Ilya & Emilia Kabakov.  Photograph courtesy the artists and Pace Gallery

Ilya Kabakov (b. 1933) and Emilia Kabakov (b. 1945). Not Everyone Will Be Taken into The Future, 2001. Wooden construction, railway car fragment, running-text display and paintings MAK – Austrian Museum of Applied Arts / Contemporary Art, Vienna © Ilya & Emilia Kabakov