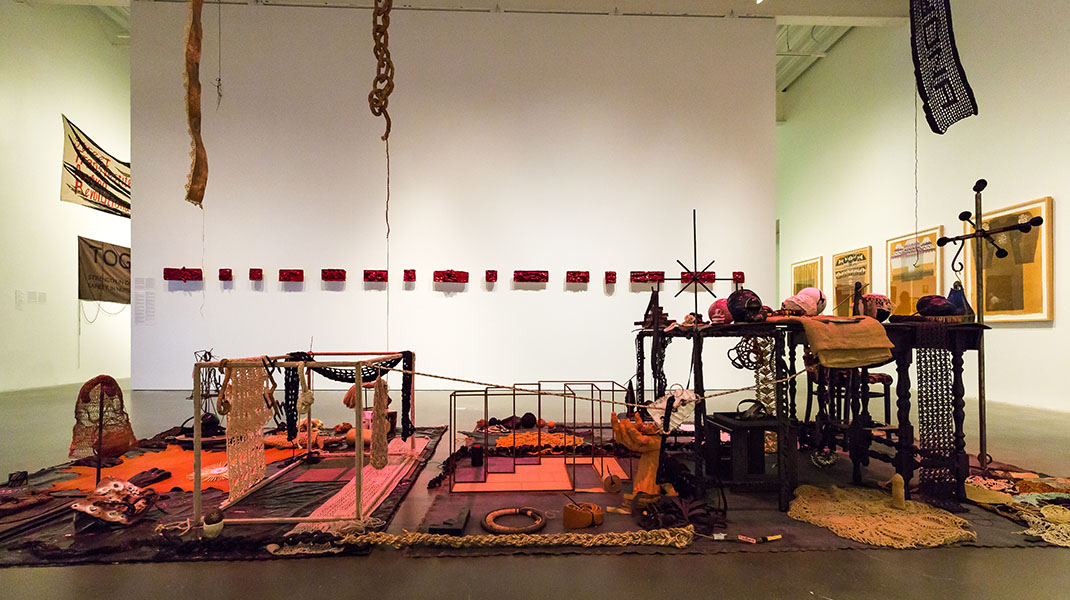 “At a moment of political upheaval and renewed culture wars, “Trigger: Gender as a Tool and a Weapon” investigates gender’s place in contemporary art and culture. The exhibition features an intergenerational group of artists who explore gender beyond the binary to usher in more fluid and inclusive expressions of identity.

The New Museum has been committed to urgent ideas since its inception, devoting many exhibitions and programs over the years to issues of representation with regard to gender and sexuality: “Extended Sensibilities” (1982), “Difference” (1984–85), “HOMO VIDEO” (1986–87), and “Bad Girls” (1994) are just four notable examples. Following in this tradition, and in the Museum’s 40th anniversary year, “Trigger” extends the conversation around identity, considering how even a fluid conception of gender is nonetheless marked by ongoing negotiations of power and cannot be understood outside its complex intersections with race, class, sexuality, and disability. The exhibition’s title, “Trigger,” takes into account that word’s range of meanings, variously problematic and potent; the term evokes both traumatic recall and mechanisms that, set into motion, are capable of igniting radical change.

The exhibition features more than forty artists working across a variety of mediums and genres, including film, video, performance, painting, sculpture, photography, and craft. Many embrace explicit pleasure and visual lushness as political strategies, and some deliberately reject or complicate overt representation, turning to poetic language, docufiction, and abstraction to affirm ambiguities and reflect shifting physical embodiment. The artists in “Trigger” share a desire to contest repressive orders and to speculate on new forms and aesthetics—a desire to picture other futures. For many, developing new vocabularies necessarily entails a generative reworking of historical configurations. Representing no single point of view, and in some cases presenting productively contradictory positions, “Trigger” assembles artists for their singular efforts in considering gender’s capacity to represent a more general refusal of stable categorization—a refusal at the heart of today’s most compelling artistic practices.” — Introductory Wall Text

“Trigger: Gender as a Tool and a Weapon” is curated by Johanna Burton, Keith Haring Director and Curator of Education and Public Engagement, with Sara O’Keeffe, Assistant Curator, and Natalie Bell, Assistant Curator.