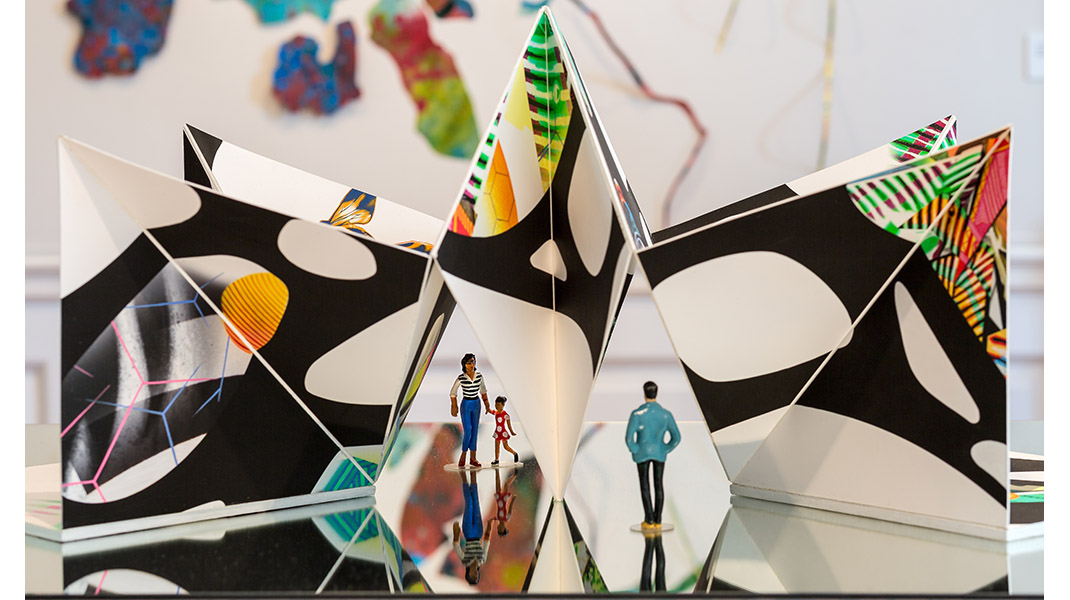 In the spirit of experimentation synonymous with the Sunroom, a space devoted to site-specific work by emerging artists, Wave Hill’s curatorial team has invited artists who have shown in the Sunroom over the last ten years to return and present new responses, encompassing an exhilarating reexamination of the site. All 60 alumni artists have been invited to participate in Call & Response; 50 have accepted the invitation. The show features new work, ranging from art objects created using natural materials onsite, to sound and video pieces, outdoor installations and performance works.

The Sunroom Project Space provides an alternative to the kind of white-box setting a contemporary gallery might typically offer. Instead, it features distinctive, arched windows, bringing awareness of the vibrant garden oasis beyond into the installation space and informing and inspiring the work within. For ten years, Wave Hill has opened the space to emerging, New York-area artists to create a site-specific solo project, responding to the unique natural environment of Wave Hill’s gardens, setting and history. This flourishing program draws artists from the Bronx, as well as other parts of New York City, and is an integral part of the cultural life of the borough.” — Wave Hill

Tammy Nguyen, When the Saints Who March In, 2017

Hilary Lorenz, The Making of a Rock Garden, 2017

The Sunroom Project Space is organized by Gabriel de Guzman, Curator of Visual Arts, who curated Call & Response with the assistance of Alida Jekabson, Curatorial Intern. The Arts at Wave Hill are overseen by Jennifer McGregor, Senior Director of Arts, Education and Programs.