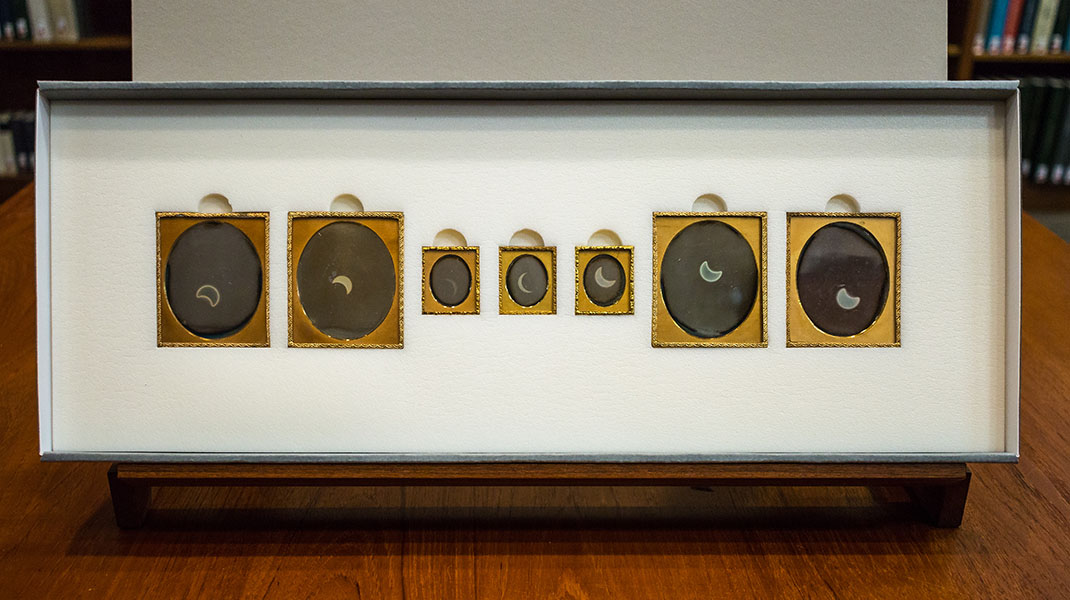 “The first total eclipse of the sun that was visible in North America after the invention of photography occurred 163 years ago, on May 26, 1854. Photographers William and Frederick Langenheim, brothers from Philadelphia, made eight sequential daguerreotypes of the eclipse. Seven survive and are among the treasures in The Met collection.

The 1854 solar eclipse was visible from Astoria, Oregon, to Eastport, Maine, roughly from sunrise to sunset. It arrived in New York State at 4:15 pm and lasted for 2 hours and 22 minutes. In the northern hemisphere, the moon always shadows the sun from right to left during a solar eclipse; these images therefore seem odd because they are, like all uncorrected daguerreotypes, reversed laterally, as in a mirror.

It is noteworthy that the Langenheims’ eclipse daguerreotypes are quite small—three of them exceptionally so. In order to produce any kind of image at all, the photographers were forced to use the smallest cameras available, because there was virtually no available light when the disk of the new moon eclipsed the largest part of the sun, and smaller cameras require proportionally less light to make an image. The missing eighth image was probably made on the smaller plate size and showed nothing at all—a total eclipse.” — The Metropolitan Museum of Art