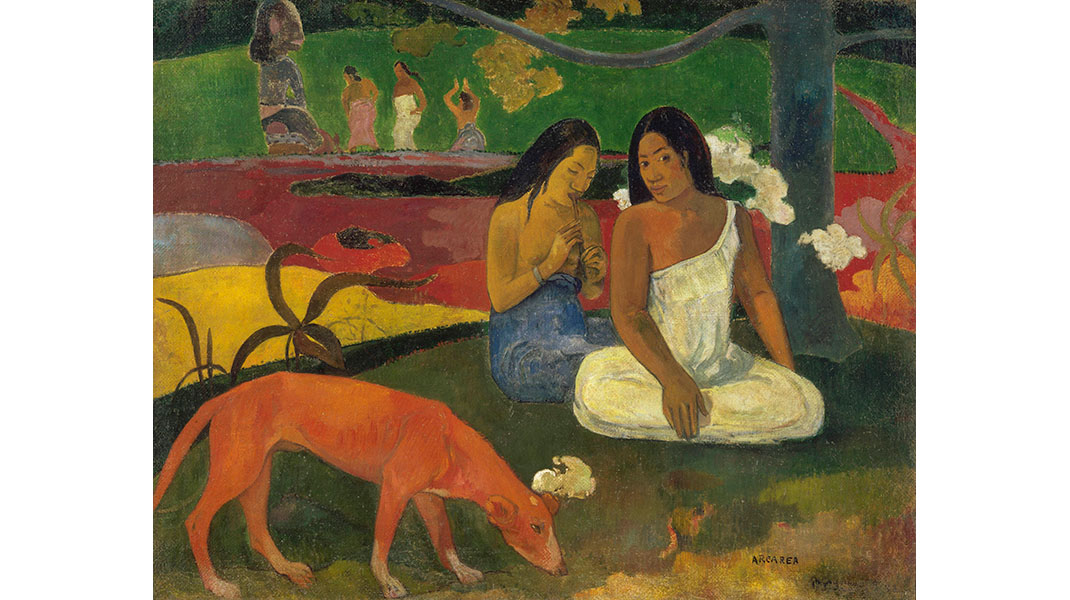 “Perhaps best known for his paintings of women in idyllic Tahitian settings, Paul Gauguin (1848 – 1903) was an artist whose career spanned the globe and whose prolific body of work flouts categorization. An expert at self promotion, Gauguin shed the social and artistic conventions of the time to defy definition and transform the perception of what it meant to live within the realm of complete artistic freedom. Gauguin: Artist as Alchemist explores the artist’s unpredictable and, at times, fantastical forays into the applied arts while situating them within his radically experimental oeuvre as a whole. Featuring his work in ceramics, woodcarving, printmaking, and furniture decoration, and their relationship to his canvases, the exhibition acknowledges the artist as a visionary and controversial figure.

Gauguin: Artist as Alchemist is the most comprehensive examination of the artist’s all-consuming interest in craft and decorative arts. Moving beyond Paul Gauguin’s renowned work as a painter, the exhibition features a diverse selection of his creative output. Featuring some 240 works, it includes the largest ever public presentation of his existing ceramics and groupings of objects reunited for the first time since leaving his studio. This unusual exhibition and installation considers Gauguin’s radically inventive art-making processes resulting from the material explorations of his many and varied residences from France to the Polynesian islands.” — Art Institute of Chicago

“It’s precisely an endless kind of art that I’m interested in, rich in all sorts of techniques, suitable for translating all the emotions of nature and humanity.” — Paul Gauguin, 1903

Paul Gauguin. Merahi metua no Tehamana (Tehamana Has Many Parents or The Ancestors of Tehamana), 1893. The Art Institute of Chicago, gift of Mr. and Mrs. Charles Deering McCormick.

Paul Gauguin. Portrait of the Artist with the Yellow Christ, 1890–91. Musée d’Orsay, Paris, acquired by the national museums with the participation of Philippe Meyer and a Japanese sponsorship coordinated by the newspaper Nikkei, 1994.