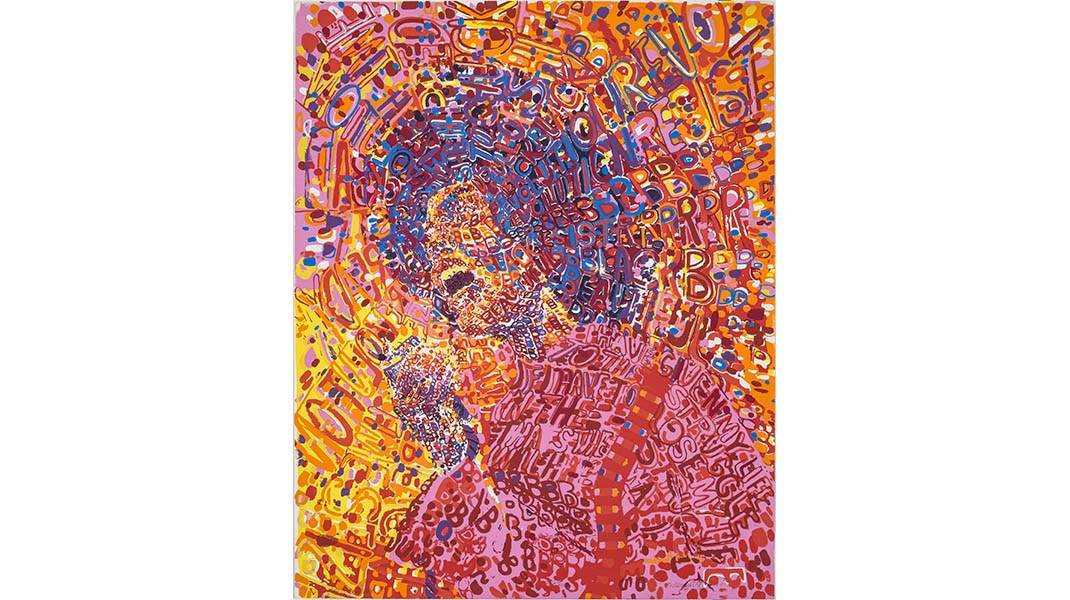 “What did it mean to be a Black artist in the USA during the Civil Rights movement and at the birth of Black Power? What was art’s purpose and who was its audience? Tate Modern presents Soul of a Nation: Art in the Age of Black Power, a landmark exhibition exploring how these issues played out among and beyond African American artists from 1963 to 1983. At a time when race and identity became major issues in music, sport and literature, brought to public attention by iconic figures like Aretha Franklin, Muhammad Ali and Toni Morrison, ‘Black Art’ was being defined and debated across the country in vibrant paintings, photographs, prints and sculptures. Featuring more than 150 works by over 60 artists, many on display in the UK for the first time, Soul of a Nation is a timely opportunity to see how American cultural identity was re-shaped at a time of social unrest and political struggle.

The show begins in 1963 with the formation of the Spiral Group, a New York–based collective. They questioned how Black artists should relate to American society, with key figures like Romare Bearden and Norman Lewis responding to current events in their photomontages and abstract paintings. Artists also considered the locations and audiences for their art – from local murals to nationally circulated posters and newspapers – with many turning away from seeking mainstream gallery approval to show artwork in their own communities through Black-owned galleries and artist-curated shows. The exhibition uses archive photographs and documentary material to illustrate the mural movement, including the ‘Wall of Respect’ in Chicago and the ‘Smokehouse’ wall paintings in Harlem. The way artists engaged with street activism are explored through posters and newspapers, such as the work of the Black Panther Party’s Culture Minister Emory Douglas, who declared ‘The ghetto itself is the gallery’.” — Tate Modern

Soul of a Nation: Art in the Age of Black Power is co-curated by Mark Godfrey and Zoe Whitley, with assistant curator Priyesh Mistry.