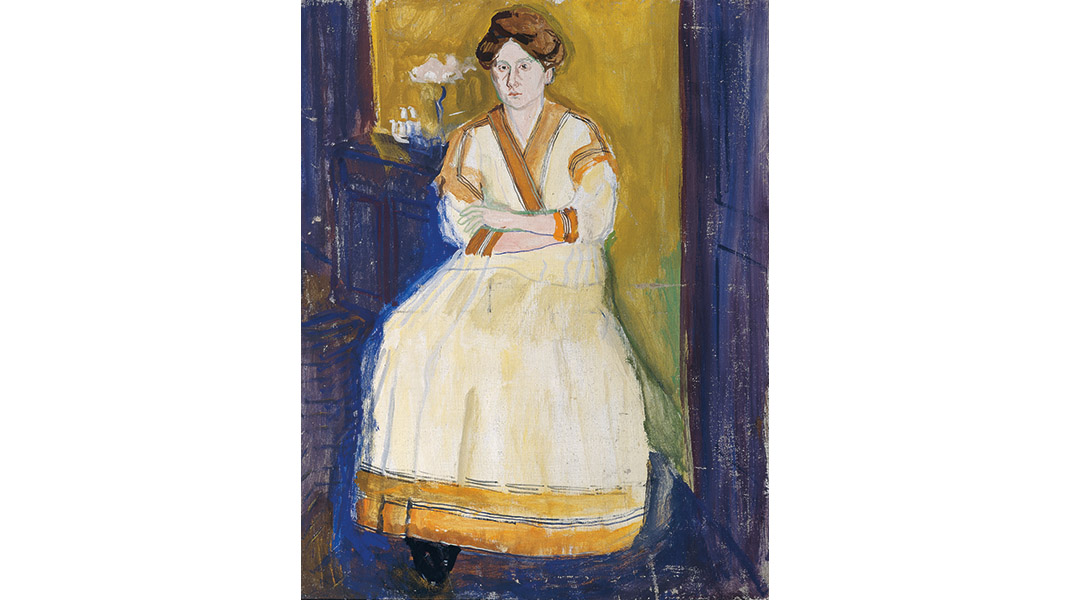 “Neue Galerie New York presents “Richard Gerstl,” the first museum retrospective in the United States devoted to the work of the Austrian Expressionist (1883-1908).

Gerstl was an extremely original artist whose psychologically intense figure paintings and landscapes constitute a radically unorthodox oeuvre that defied the reigning concepts of style and beauty during his time. The long-standing secrecy surrounding Gerstl’s dramatic and untimely suicide at the age of 25, and the scandalous love affair that preempted his death, only further magnify the legend that has flowered around this lesser known, but influential member of Vienna’s artistic avant-garde at the turn of the twentieth century.

Approximately 55 paintings and works on paper are on display, including portraits, frontal nude figures, highly gestural group portraits, landscapes, and comparative works by Gerstl’s artistic contemporaries. A special gallery is devoted to Gerstl’s relationship with the leading Austrian composer Arnold Schönberg; the artist’s friendship with Schönberg abruptly ended in 1908 upon the disclosure of the love affair between Gerstl and Schönberg’s wife Mathilde. Although Gerstl’s extant body of work comprises only approximately 90 works, his groundbreaking style is central to the development of the Expressionist movement of fin-de-siècle Vienna.” — Neue Galerie

The exhibition is co-organized with the Schirn Kunsthalle Frankfurt. The show is organized by Expressionist scholar Jill Lloyd.