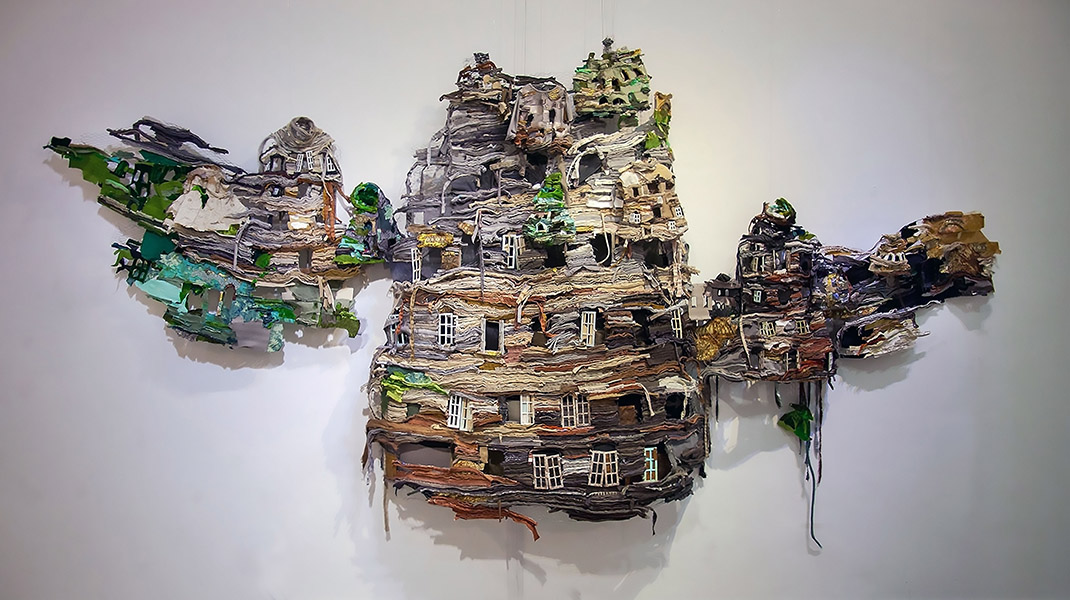 “Asia Society Museum in New York shines a spotlight on the work of nineteen contemporary artists from the South Asian diaspora. As individuals living between worlds, diasporic artists often negotiate notions of home and issues relating to migration, gender, race, and memory in their practice.

On the occasion of the seventieth anniversary of independence of the Indian Subcontinent from the British Empire, this exhibition, first proposed by Jaishri Abichandani, founder of the South Asian Women’s Creative Collective, provides a timely platform to celebrate these artists and their diverse perspectives, notably in response to the recent rise of nationalism and xenophobia that has swept the globe.” ― Asia Society

“Seen in the context of the turbulent state of affairs for immigrant populations, the work of diasporic artists working and living between worlds has taken on a new urgency in counterbalancing the retreat into simplistic identity politics and xenophobia,” said Boon Hui Tan, Asia Society Vice President for Global Arts & Cultural Programs and Director of Asia Society Museum. “Through a number of mediums, including photography, sculpture, and video, the artists featured in Lucid Dreams and Distant Visions challenge prevailing stereotypes and assumptions of South Asian identities in the United States today.”

Lucid Dreams and Distant Visions: South Asian Art in the Diaspora is organized by Asia Society Museum with the support of the Smithsonian Asian Pacific American Center. The artist selection was made by Boon Hui Tan and Lawrence-Minh Davis, Curator, Smithsonian Asian Pacific American Center. Together they formed the curatorial committee with Abichandani and Michelle Yun, Senior Curator for Modern and Contemporary Art, Asia Society.