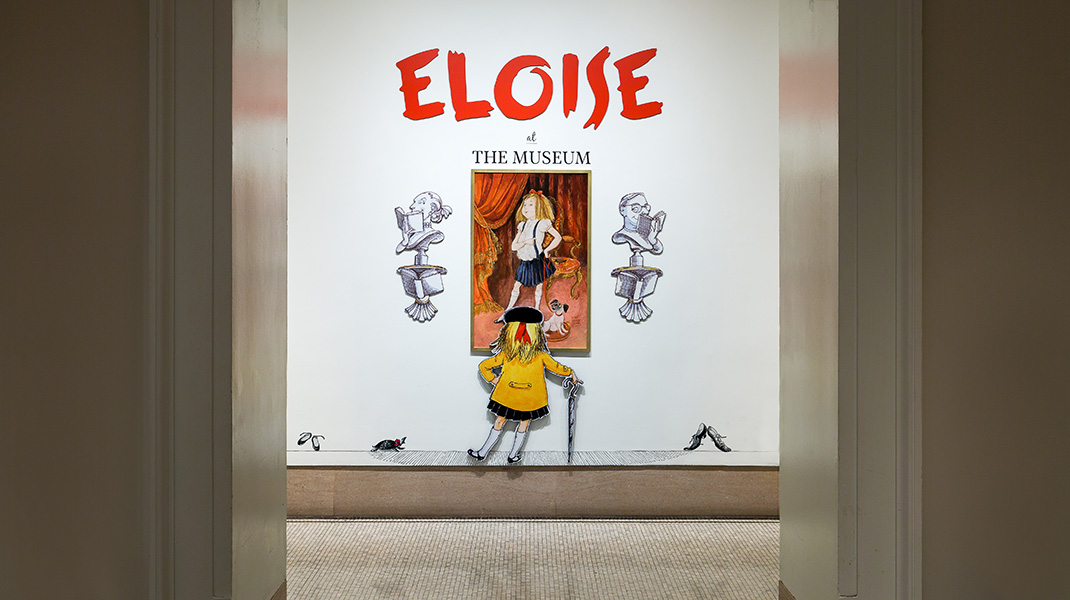 “The New-York Historical Society celebrates the feisty charm and audacious spirit of Eloise, who continues to be a picture book superstar more than 60 years after her debut. Eloise at the Museum reveals the creative collaboration between cabaret star Kay Thompson (1909–1998) and the young illustrator Hilary Knight (b. 1926) that brought the precocious character to life. The exhibition showcases more than 75 objects, ranging from original manuscript pages to sketchbooks, portraits, photographs, and vintage dolls. Organized by The Eric Carle Museum of Picture Book Art in Amherst, MA, where it debuted earlier this year, New-York Historical’s presentation fully immerses visitors into Eloise’s world with evocations of the grand lobby of the Plaza Hotel, her bedroom―complete with a storytelling corner―and her bubbly “bawthroom,” where she often made mischief.” ― New-York Historical Society

“I am delighted to have so many pieces of rarely seen art in this exhibition,” said Hilary Knight, who turned 90 this past November. “Kay Thompson and I were both born under the sign of Scorpio, which I translate to mean people who work, imagine, create, and fantasize. Eloise, a Scorpio herself, would say the same.”

Eloise at the Museum is curated at The Carle by Jane Bayard Curley, the exhibition at New-York Historical is overseen by Assistant Curator of Material Culture Rebecca Klassen.