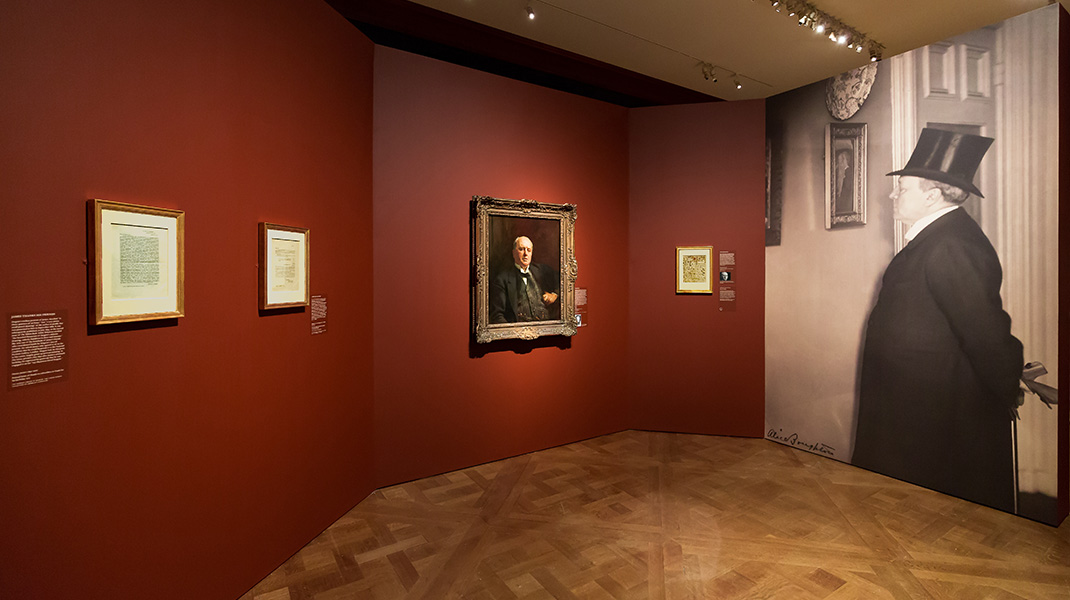 “Henry James (1843–1916) was fascinated by painters and sculptors. In his novels and stories, he wrote about art and artists. He used the gaze and the creation of scenes in his fiction as though he were a painter. In his travels through Italy, he visited galleries and wrote many letters about the art he saw. Numerous painters, including John La Farge, John Singer Sargent, James McNeill Whistler, Frank Duveneck, and Elizabeth Boott, were among his friends. The visual arts were at the very center of his life, and his relationship to painting and sculpture, and to artists, enriched his sensibility.

This exhibition—featuring paintings, drawings, sculpture and photographs by several of the artists in James’s circle, as well as a selection of his own manuscripts and letters—elucidates the connections between one of the supreme novelists of his age and the artists and works of art that nourished and inspired his fiction.” — Introductory Wall Text

Henry James and American Painting is co-curated by Declan Kiely, Robert H. Taylor Curator and Head of the Morgan’s Department of Literary and Historical Manuscripts and celebrated author Colm Tóibín.