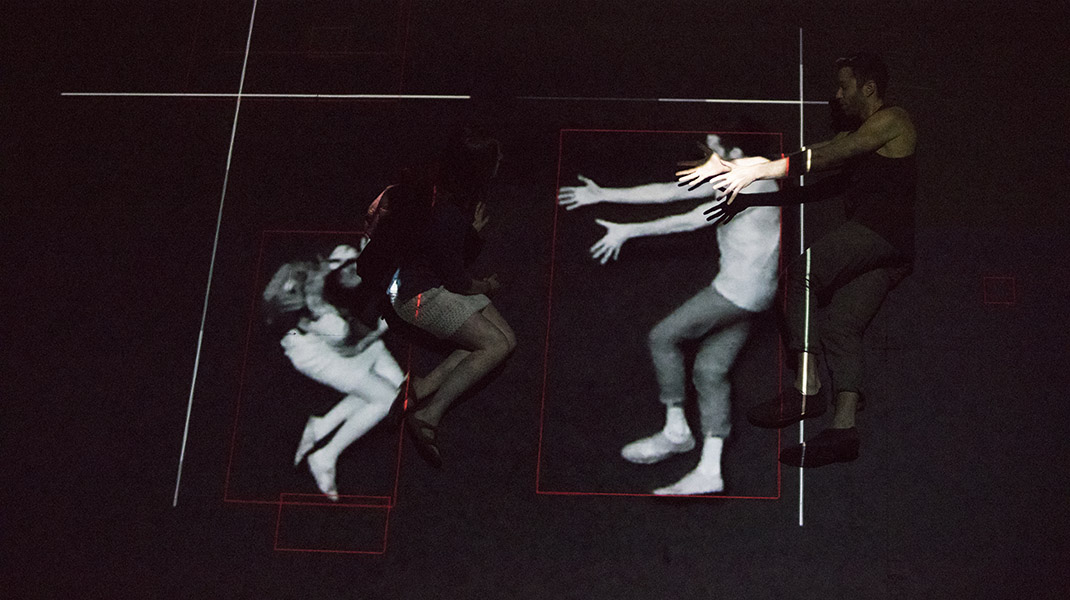 “Park Avenue Armory unveils a large-scale, site-specific work it has commissioned by Jacques Herzog, Pierre de Meuron, and Ai Weiwei. The immersive, interactive installation, Hansel & Gretel, fills the Armory’s Wade Thompson Drill Hall and extends into the first floor of the Head House, creating a world permeated by modern-day surveillance. Placing visitors in the position of the observed and the observer, the multilayered work submerges audiences in an environment where their every movement is tracked and monitored.

The artists conjure up an environment that envelops visitors and transforms them into active elements in the work. Under the eye of surveillance drones and infrared cameras, viewers navigate a disorienting terrain where every movement is recorded, broadcast, and fed back into the installation. The experience inverts the fairytale of Hansel and Gretel—instead of purposively leaving a trail to avoid getting lost, the surreptitious tracking of visitors makes it impossible to hide their location.

Visitors transition into the role of the observer when entering the Head House, where footage from the drill hall is screened in a “surveillance laboratory.” The lab simultaneously serves as a covert monitoring hub and a forum for visitors to discuss the ethics and societal impact of the growing culture of surveillance.” — Park Avenue Armory

“This project provides a powerful lens for examining surveillance as one of the defining social phenomena of our time and provokes pressing questions about the right to privacy in a hyper-monitored world,” said Rebecca Robertson, Executive Producer and President of Park Avenue Armory. “In this work, Jacques, Pierre, and Weiwei have fostered a robust dialogue with our building to create a thought-provoking, immersive experience that explores how surveillance transforms public space into a controlled environment where individuals forfeit their anonymity.”

Hansel and Gretel was commissioned by Park Avenue Armory and co-curated by Tom Eccles and Hans-Ulrich Obrist.