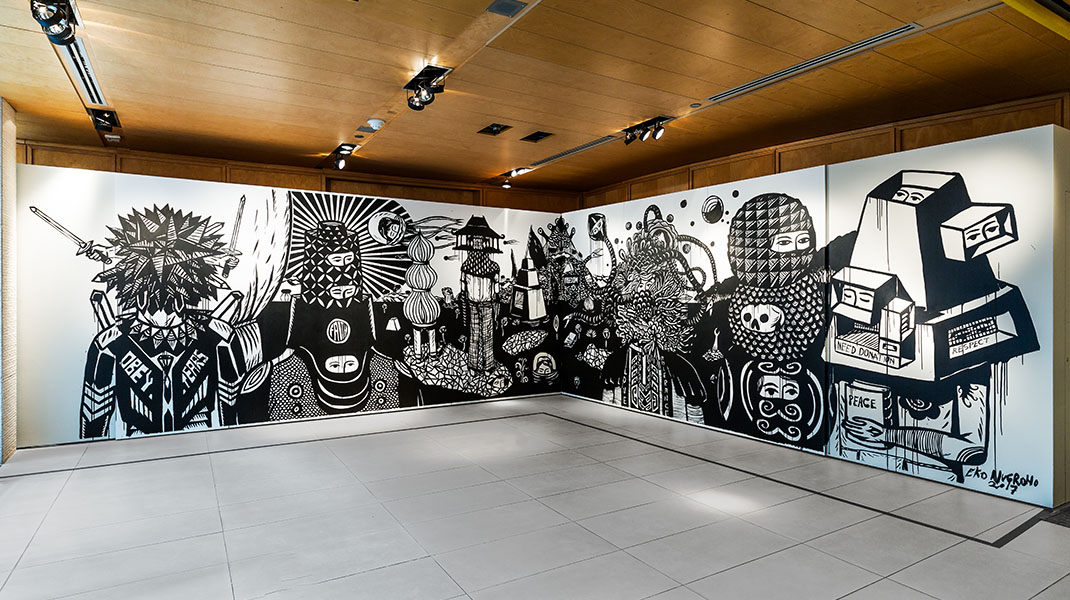 Asia Society commissioned Indonesian contemporary artist Eko Nugroho (b. 1977, Yogyakarta) to create a new site-specific mural on the walls of the Visitor Center. The video shows the artist at work during his three day residency in the building. The mural complements Video Spotlight: Eko Nugroho, an exhibition of three single-channel videos works from the Asia Society Museum Collection, and the world premiere of his commissioned performance God Bliss (In the Name of Semelah), with his theater company Wayang Bocor, at Asia Society.

“My work is very much informed by my background in street art, and I have always worked a lot in public space and with the local community,” Nugroho says. “Many of the figures in my work, for instance, are masked in some way. In Java, the mask is a very symbolic part of traditional culture, and the tradition of shadow theatre has been an important influence for me.”