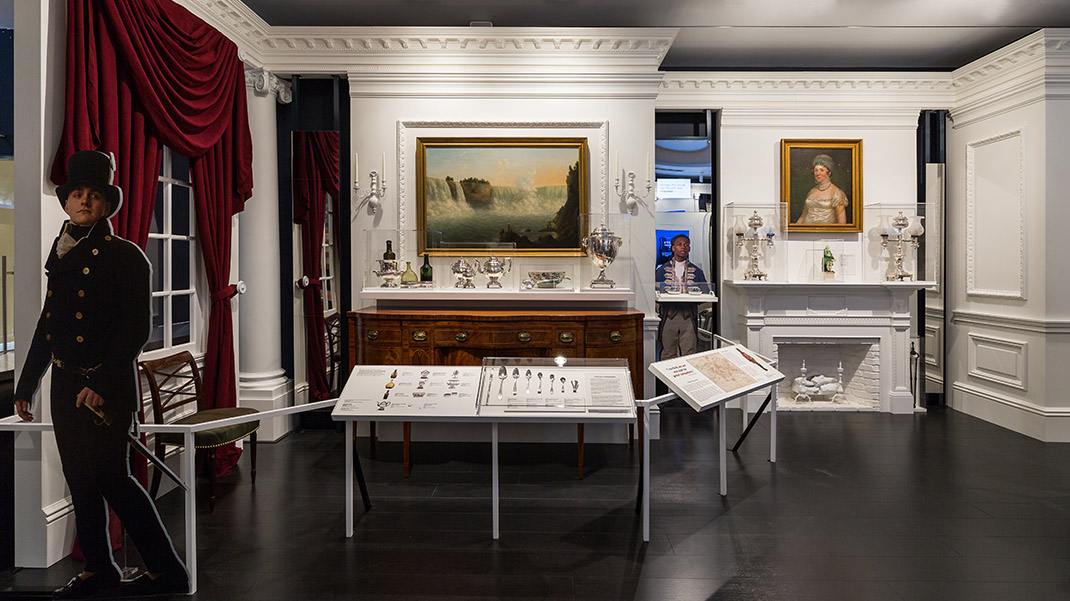 “Saving Washington explores the tenuousness of American democracy from the aftermath of the Revolutionary War through the War of 1812 and beyond, addressing women’s roles as citizens of a new republic by focusing on the political and social significance of First Lady Dolley Madison and other women of the era. Curated by Valerie Paley, New-York Historical vice president, chief historian, and director of the Center for Women’s History, the exhibition illustrates the mission of the Center for Women’s History: to reveal the often-overlooked stories of women who shaped American history.

Saving Washington recasts the traditional Founding Fathers narrative to focus on the less-examined contributions of women whose behind-the-scenes and largely unrecognized efforts helped develop the young nation and realize the Constitution “on the ground.” Among those who expertly navigated the political world of the early republic, Dolley Madison (1768-1849) was more than an example of what a woman could be in America; she was the embodiment of American strength, virtue, and honor. As the wife of the fourth U.S. president, she is sometimes remembered merely as the hostess who saved the White House portrait of George Washington from British vandalism during the War of 1812. But in fact, she was one of the most influential women in America during the nation’s formative years and a powerful force during a time when women were excluded from affairs of state.” — New-York Historical Society

“Saving Washington upends the familiar narrative of our American founding as a power struggle among men, offering the story of Dolley Madison, and women of the early republic more generally, as an example of how women’s critical but often behind-the-scenes work gave rise to the nation’s capital as a beacon for the world,” said Dr. Louise Mirrer, president and CEO of the New-York Historical Society.