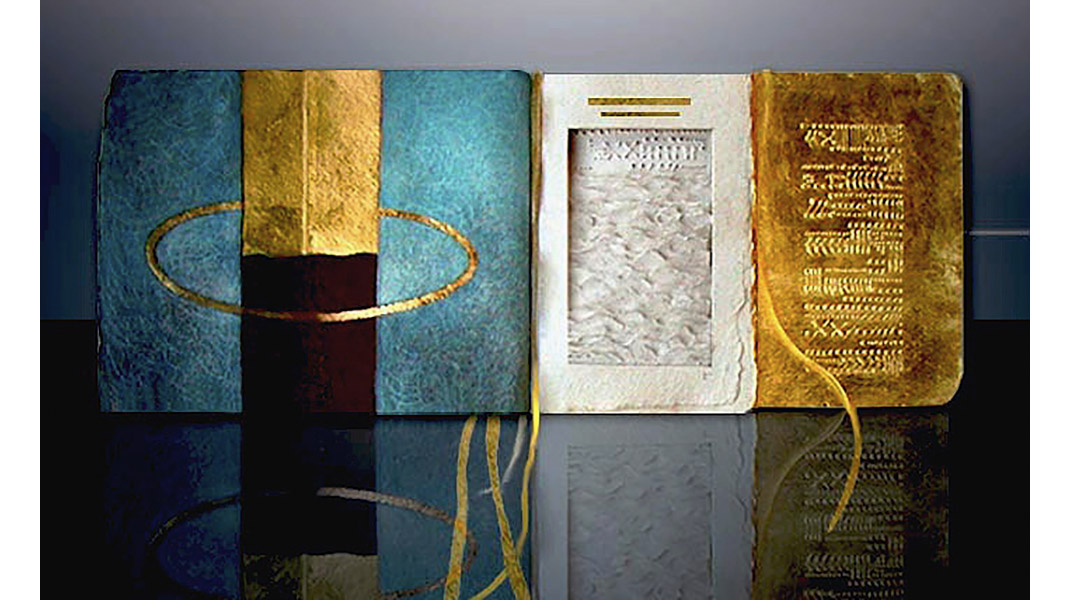 “Chapters: Book Arts in Southern California is the first large-scale museum survey of the importance of Southern California artists on the development of book arts. The exhibition features over 100 artists’ books (unique and mass editions), altered and sculptural books, zines, and artist-driven publications made in Southern California between the 1960s and present day. Several of the featured artists are known for their works in other disciplines, but they often created book-based forms as complimentary vehicles for the expression of their studio practice.

The exhibition is organized around four contextual themes: conceptual art; feminism; process and technology; and community and collaboration. The idea of utilizing books as an expression of visual art developed in the early twentieth century among avant-garde, anti-authoritarian movements such as futurism, dadaism, and surrealism. In the U.S., book arts gained a foothold after World War II among the mail art and non-conformist Fluxus movements who championed art access for the greater public. Southern California established itself as a critical hub for book arts in the 1960s, where some of the region’s key conceptual artists, including Wallace Berman, Ed Ruscha, and Barbara T. Smith, were early adopters and innovators of the form.” — Craft & Folk Art Museum

The Ring of Conjunction of the Spiritual and the Material World, Pia Pizzo, paper, watercolor, gold leaf, Chinese ink, ribbon. Collection of the artist

“Book art has been an significant practice for a number of well-known artists in Southern California and we wanted to explore this theme for a number of years,” says exhibitions curator Holly Jerger. “Focusing on the artist publications produced here in Southern California was an exciting opportunity for us to explore these established local artists, while also mining the rich production of artists and communities who have not been discussed in the larger narrative of this field and the arts establishment.”