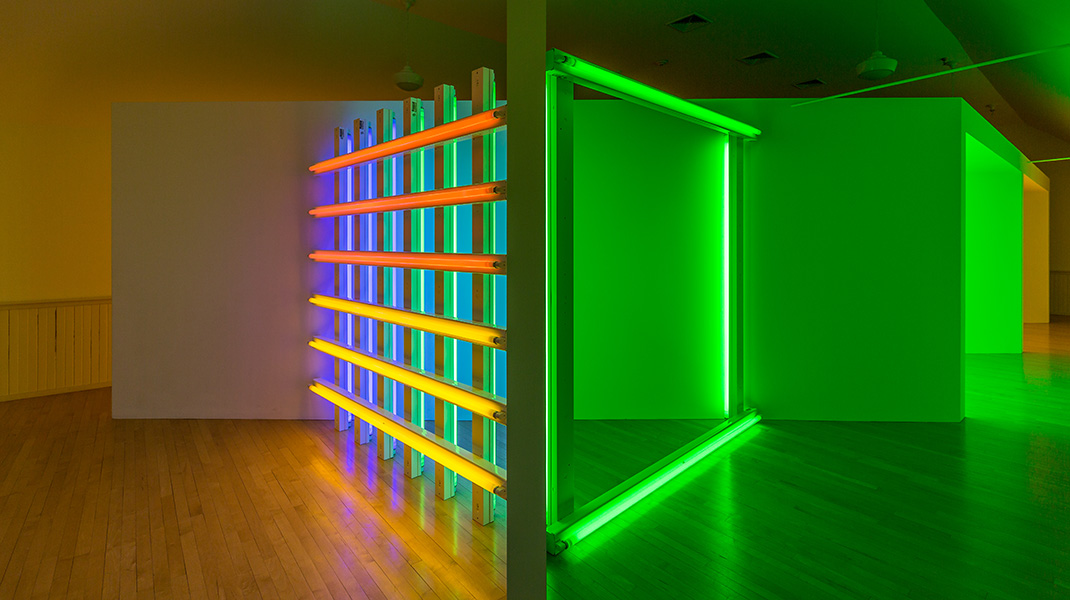 “Established in 1983 as a permanent installation of Flavin’s work, this renovated firehouse holds a permanent installation of nine works in fluorescent light created by the artist between 1963 and 1981, and a gallery for changing exhibitions. Planned by the artist for the second-floor gallery of the space, the permanent installation traces Flavin’s practice from 1963 — when he decided to work solely with standard fluorescent fixtures and tubes — to 1981, just before the presentation was realized. In creating this exhibition, Flavin conceived of the sculptures and the architecture as a single, unified installation. By manipulating the formal, phenomenal, and referential characteristics of light, the installation asks viewers to consider a series of contrasts — between colors, intensities of light, structure and formlessness, the obvious and the mysterious, and the serious and the humorous.

Originally built as a firehouse in 1908, the building operated as a church from 1924 to the mid-1970s, and was renovated under the direction of the artist to evoke the building’s former uses: a newel post in the entrance hall is painted red in memory of the building’s years as a firehouse, and the original church doors have been moved to the entrance of a small exhibition space on the second floor that contains memorabilia, including a neon cross, collected from and about the church.” — DIA