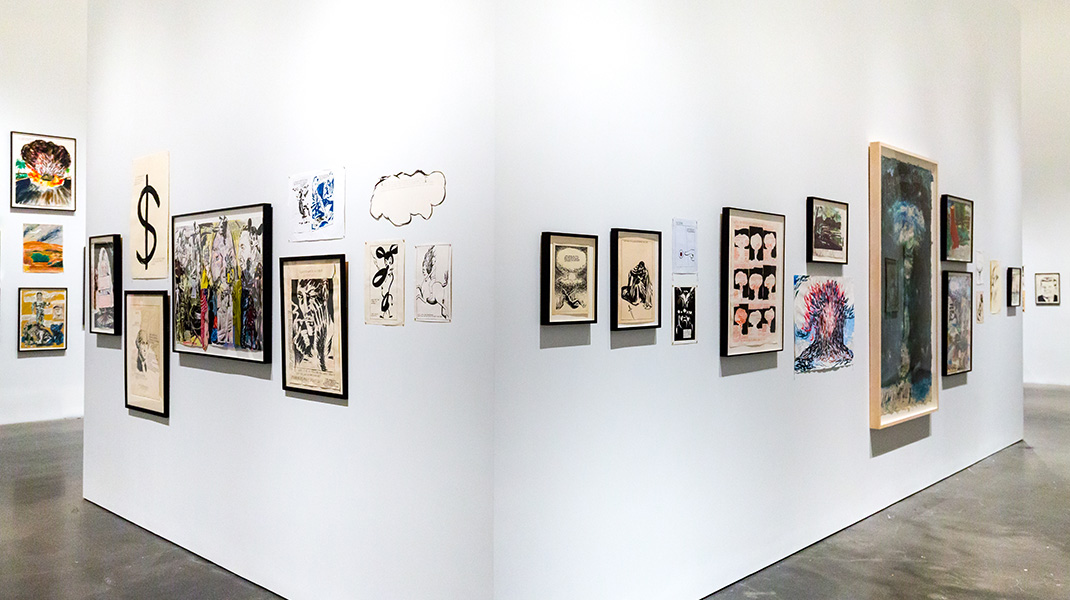 “The New Museum presents a major exhibition focusing on the work of Raymond Pettibon (b. 1957, Tucson, AZ). For over thirty years, Pettibon has been chronicling the history, mythology, and culture of America with a prodigious and distinctive voice. Through his drawings’ signature interplay between image and text, he moves between historical reflection, emotional longing, poetic wit, and strident critique. Since the late 1960s, he has produced thousands of drawings and energetic installations that have been executed in museums and galleries around the world. These works poignantly evoke the country’s shifting values across time, from the idealistic postwar period in which he was born to the collapse of the American counterculture in the ’70s and ’80s to the painful military and social conflicts of the present.

Although Pettibon is unquestionably a pivotal figure of American art since the 1990s, he has never before had a major museum survey exhibition in New York. “Raymond Pettibon: A Pen of All Work” at the New Museum is the largest presentation of Pettibon’s work to date, featuring more than 800 drawings from the 1960s to the present. It includes a number of his early self-produced zines and artist’s books, as well as several videos made in collaboration with fellow artists and his musician friends. This unique collection of objects and distinctly immersive installation provides insight into the mind of one of the most influential and visionary living American artists.” — New Museum