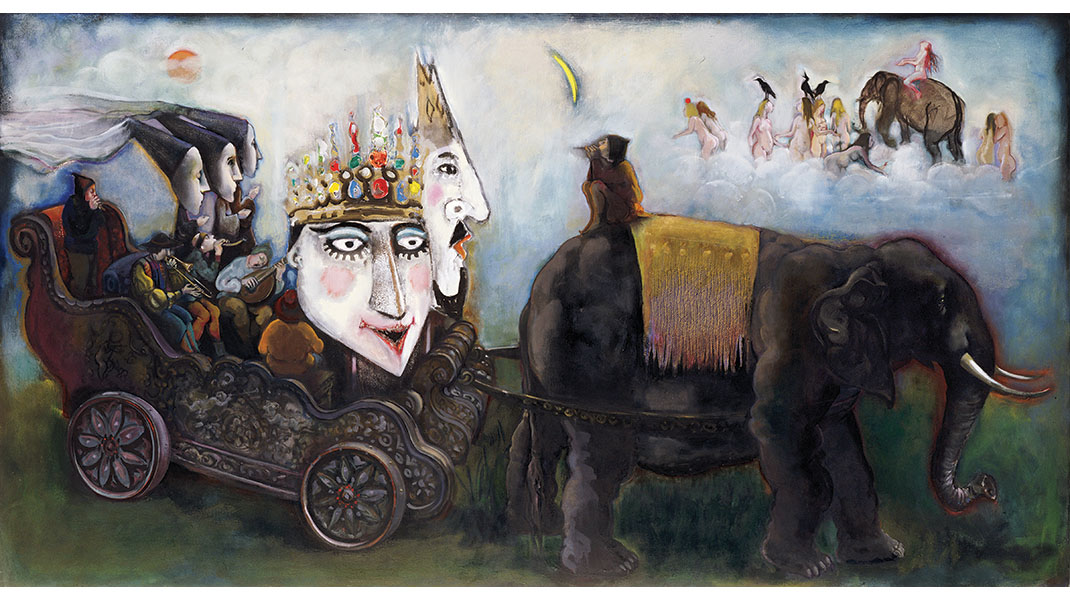 In the new publication Renée Radell: Web of Circumstance, Eleanor Heartney opens with this now-famous 1971 provocation by legendary art historian Linda Nochlin, “Why have there been no great women artists?” While acknowledging that women artists continue to face obstacles in an uneven playing field, in this book Heartney showcases a rare example of a woman artist, still painting in her ninth decade, who in the 1950s was setting the stage for transcending gender, time and circumstance. Drawing on recurring themes found in Radell’s work – life’s cycles, social hierarchies, political machinations, freedom and choice, community and isolation, hope and despair, religion and spirituality, conflict and regeneration, indifference and renewal – Heartney’s discussion reveals a web of creativity with a remarkable substance of expression.

“This is what great art looks like” — Eleanor Heartney, 2017

In an article by T.S. Eliot biographer and political theorist Russell Kirk entitled “Renée Radell – She Paints Confusion in Search of Order,” first published in The Detroit News Sunday News Magazine in 1974, Kirk parallels imagery in Radell’s paintings with poetic metaphors from Eliot verse about “the permanent things” in the human circumstance. Kirk concludes “these paintings by Renée Radell will live because their imagery reveals that human nature is constant, for ill and for good.”