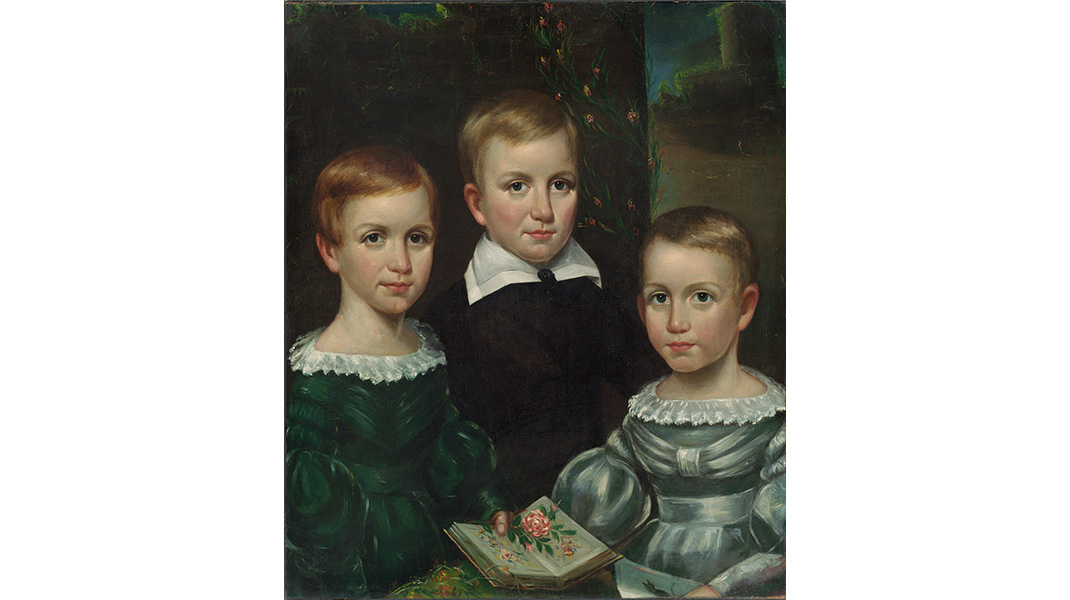 “Emily Dickinson, long acknowledged as one of the most important poets of the nineteenth century, remains an enigmatic figure. Often remembered as a reclusive genius, Dickinson was in fact deeply connected to her world. Her reputation for solitude stands in sharp contrast to the evidence of an extensive web of relationships with family, friends, and the literature and mass culture of her time.

Dickinson retained private copies of some 1,100 poems—most of which she carefully bound into hand-sewn booklets called fascicles—that were discovered after her death, but she also shared hundreds of poems with a wide network of correspondents. She saw essentially none of these poems to print, however. Only ten were published during her lifetime, all anonymously and likely without her consent. Her unique process of composing manuscripts has challenged generations of editors, who have struggled to interpret and publish her idiosyncratic punctuation, ambiguous word choice, and unusual use of paper.

Dickinson remains enigmatic, but a close examination of her original letters and manuscripts adds to our understanding of her poetry and illuminates the complexities of her relationships and the environment in which she lived and worked.” — Introductory Wall Text

Emily Dickinson’s bedroom, featuring the floral wallpaper which will be on view at the Morgan. Emily Dickinson Museum. Photography by Michael Medeiros.

Emily Dickinson (1830–1886), I suppose the time will come, Poem written in 1876 on the verso of invitation from George Gould dated February 3, 1850. Amherst College Archives & Special Collections.

A Masque of Poets Including Guy Vernon, a Novelette in Verse, Boston: Roberts Brothers, 1878. The Morgan Library & Museum, Bequest of Gordon N. Ray, 1987.

The exhibition was organized in conjunction with Amherst College. Exhibition curators are Mike Kelly, Head of the Archives & Special Collections at Amherst College, and Carolyn Vega, Assistant Curator in the Morgan’s Department of Literary & Historical Manuscripts.