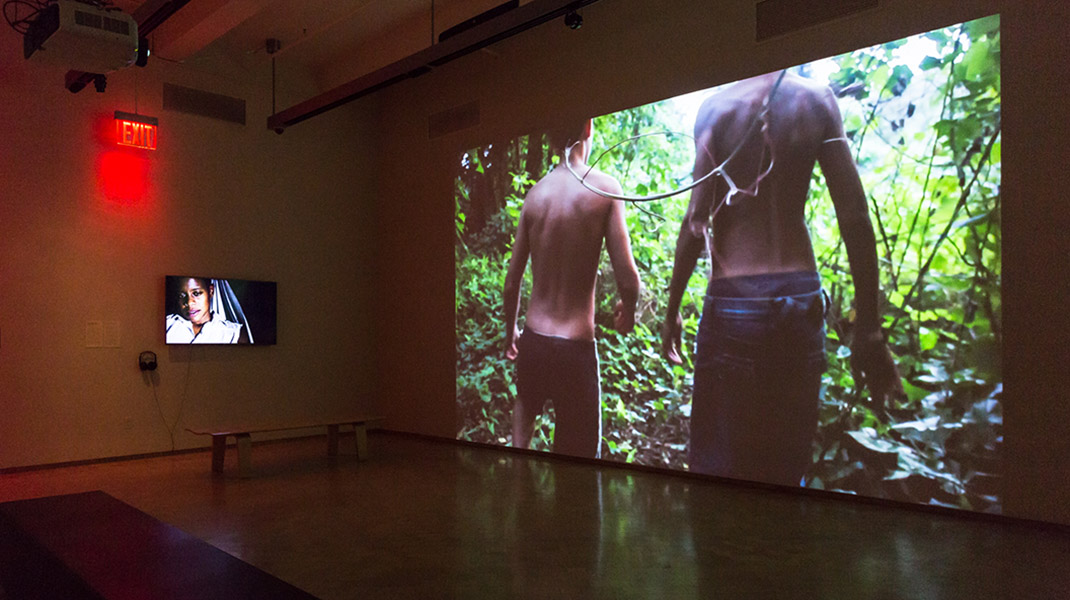 “A Universe of Fragile Mirrors is a solo exhibition on the work of Beatriz Santiago-Muñoz, born in 1972 in San Juan, Puerto Rico, where she lives and works today. Through a series of films and videos, A Universe of Fragile Mirrors captures the ironies of post-colonial conditions in the Caribbean — specifically in Haiti and Puerto Rico. Focusing on indigenous cosmologies, post-military spaces, and syncretic religions from the Caribbean, Santiago Muñoz borrows techniques from performance, film, visual ethnography, and anthropology, to document specific communities and public sites in order to generate her own bricolage – an alternative story about a popular Haitian market, or a newly discovered archeological site in Puerto Rico.

The exhibit consists of films on continuous play, portraying Santiago Muñoz’s own interpretation of the realities in Haiti and Puerto Rico. Influenced by experimental cinema, she relies on observational research to generate non-linear narratives that challenge the boundaries between documentary and fiction. Santiago Muñoz’s characters are not professional actors, but instead everyday people who have direct experiences with the sites portrayed in her works. “The process is more experiential,” Santiago Muñoz explains. The result is a captivating piece representing daily events and life on the islands through an audiovisual language.” — El Museo del Barrio