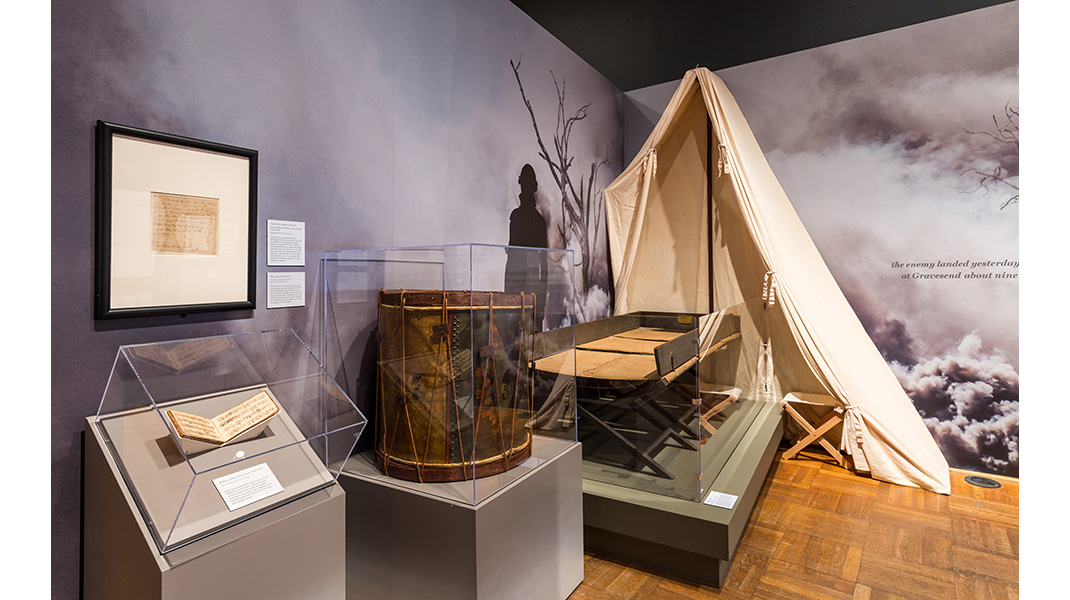 “To commemorate the 240th anniversary of the largest single battle of the American Revolution, the New-York Historical Society presents The Battle of Brooklyn. A story of American defeat in the first major armed campaign after the Declaration of Independence, the Battle of Brooklyn took place in August 1776, but does not occupy the same place in history as the more victorious engagements at Bunker Hill or Yorktown. Also known as the Battle of Long Island, the event is seen by some as the biggest missed opportunity for Britain to end the American rebellion and marks a pivotal moment when the fight for American independence teetered on the edge of failure.

The Battle of Brooklyn captures the volatile time when the Continental Congress and the American colonists turned ideas into action and broke their ties with Britain. The year 1776 opened with the publication of Thomas Paine’s Common Sense, sparking the call for separation across the colonies; it closed with the publication of his American Crisis, marking the sense of despair among supporters of independence. With more than 100 objects documenting major political and military figures, the dynamic debates over independence, and the artifacts of combat and British occupation, the exhibition conveys the atmosphere of New York City as it faced invasion by a British force that exceeded its own population.” — New-York Historical Society

The Acorn is a replica of the Revolutionary War era submarine The Turtle. The Acorn was created in 2007 by Duke Riley. The Turtle was the world’s first submarine to be used in warfare and was designed and built in 1775 by David Bushnell.