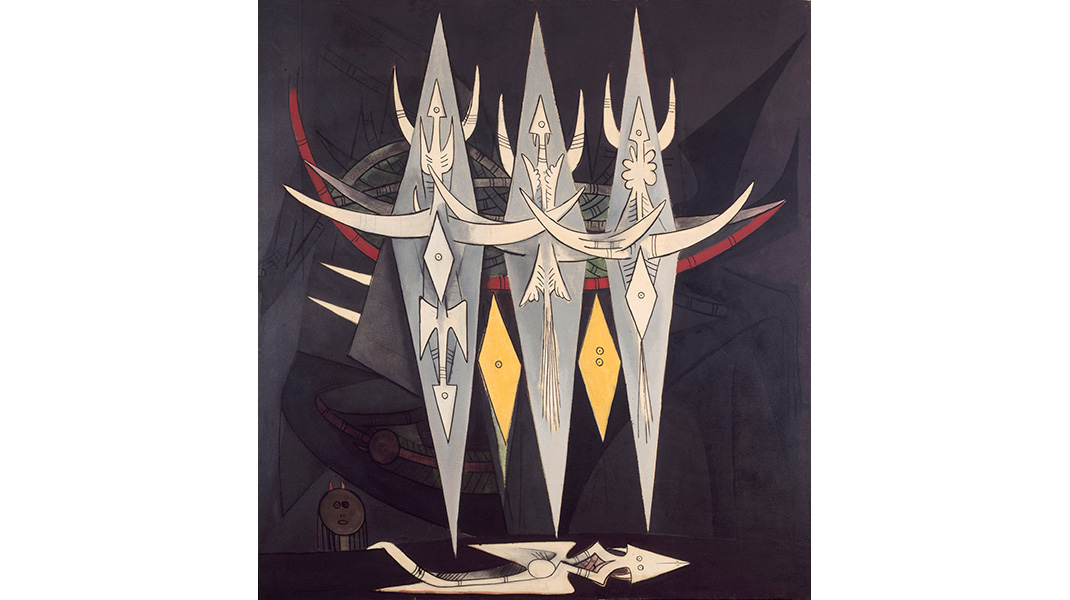 “Tate Modern presents a retrospective of the Cuban modernist painter, Wifredo Lam (1902–1982), the first museum exhibition in London since 1952. Including over 200 paintings, drawings, photographs and prints, the exhibition traces his six decade career from the 1920s to the 1970s, confirming his place at the centre of a cosmopolitan modernism. His work defined new ways of painting for a post-colonial world and was greeted with both consternation and acclaim during his lifetime. As a Latin American artist of Chinese, Spanish and African heritage, Lam lies between East and West, combining traditional practices, surrealist ideas and complete originality. In an increasingly connected world, Lam’s work brings a historical perspective to contemporary issues.” — Tate Modern