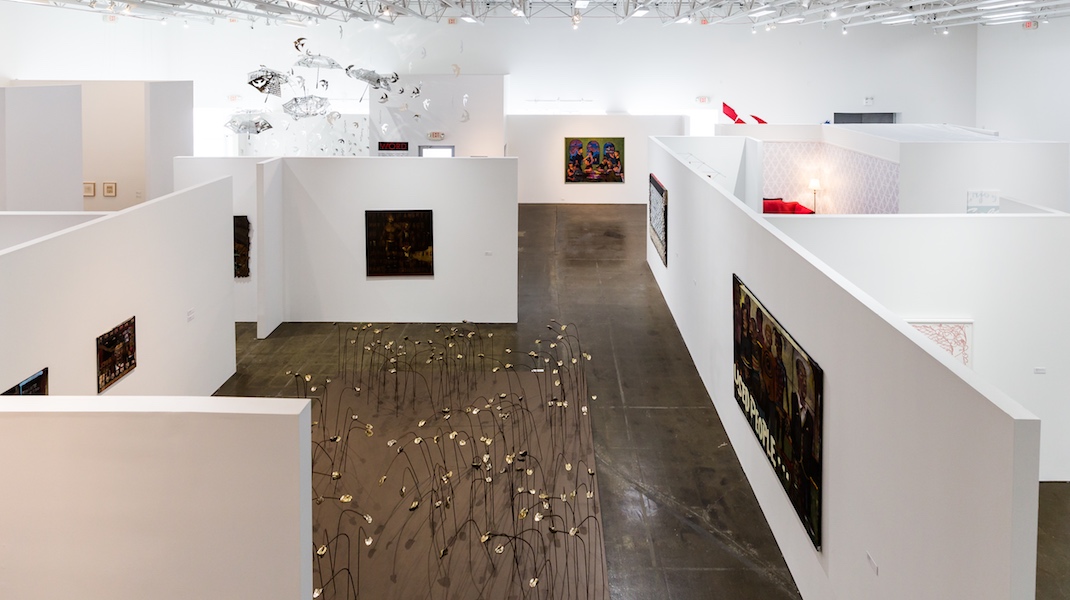 Words have appeared historically as artistic forms in illuminated manuscripts, in Arabic text on the walls of mosques and in its mosaic murals, on Chinese calligraphic scrolls.  ‘Word’ as contemporary art form has been popularized by contemporary artists Ruche, Wiener, Kruger and Holzer, Anastasi and others.  Words have the power to hurt and to heal, to be offered as prayer or diatribe. Some of these ‘word’ facets will be explored in the works presented at the HVCCA.” — Hudson Valley Center for Contemporary Art

Left: Nestor Madalengoitia, Happy Hour, 2015. Right: Jeffrey Gibson, In time we could have been so much more, 2015