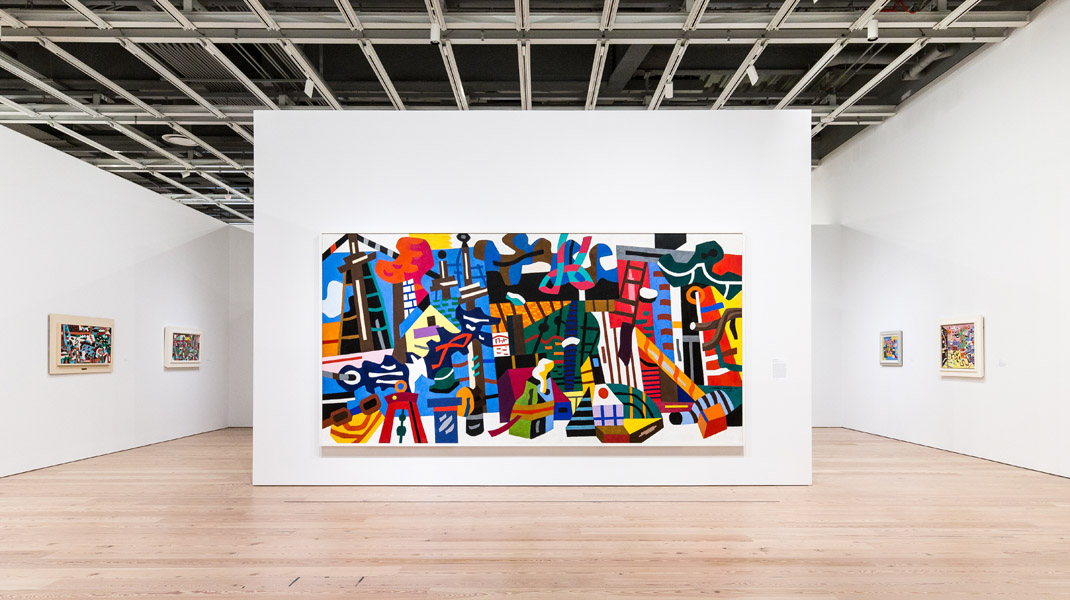 “Stuart Davis has been called one of the greatest painters of the twentieth century and the best American artist of his generation, his art hailed as a precursor of the rival styles of pop and geometric color abstraction,” remarks Barbara Haskell. “Faced with the choice early in his career between realism and pure abstraction, he invented a vocabulary that harnessed the grammar of abstraction to the speed and simultaneity of modern America. By merging the bold, hard-edged style of adverstising with the conventions of avant-garde painting, he created an art endowed with the vitality and dynamic rhythms that he saw as uniquely modern and American. In the process, Davis achieved a rare synthesis: an art that is resolutely abstract yet at the same time exudes the spirit of popular culture.”