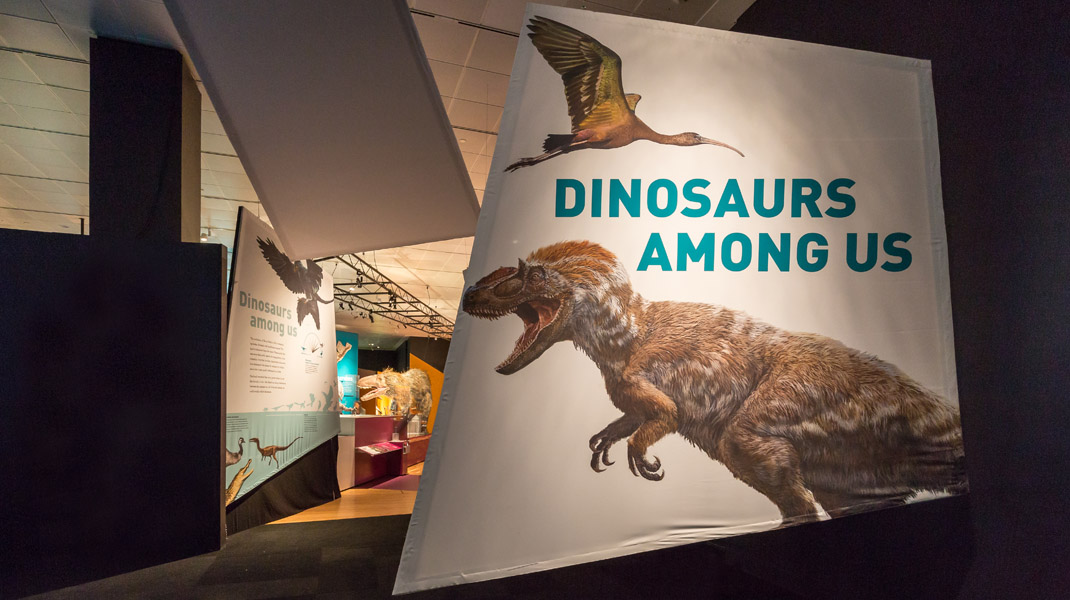 “The next time you dodge a pigeon on the sidewalk, watch a sparrow eat from a feeder in a backyard, or order chicken for dinner, know that you just had an encounter with a modern dinosaur. Dinosaurs never really vanished from Earth. Most did go extinct, but their evolutionary legacy lives on all around us, in birds. The American Museum of Natural History’s new exhibition Dinosaurs Among Us will highlight the unbroken line between the charismatic dinosaurs that dominated the planet for about 170 million years and modern birds, a link that is marked by shared features including feathers, wishbones, enlarged brains, and extremely efficient respiratory systems.” — American Museum of Natural History

“In January 2016, the Museum added another must-see exhibit to its world-famous fossil halls: a cast of a 122-foot-long dinosaur. This species is so new that it has not yet been formally named by the paleontologists who discovered it. Paleontologists suggest this dinosaur, a giant herbivore that belongs to a group known as titanosaurs, weighed in at around 70 tons. The species lived in the forests of today’s Patagonia about 100 to 95 million years ago, during the Late Cretaceous period, and is one of the largest dinosaurs ever discovered. The remains were excavated in the Patagonian desert region of Argentina by a team from the Museo Paleontologico Egidio Feruglio led by José Luis Carballido and Diego Pol.” — American Museum of Natural History