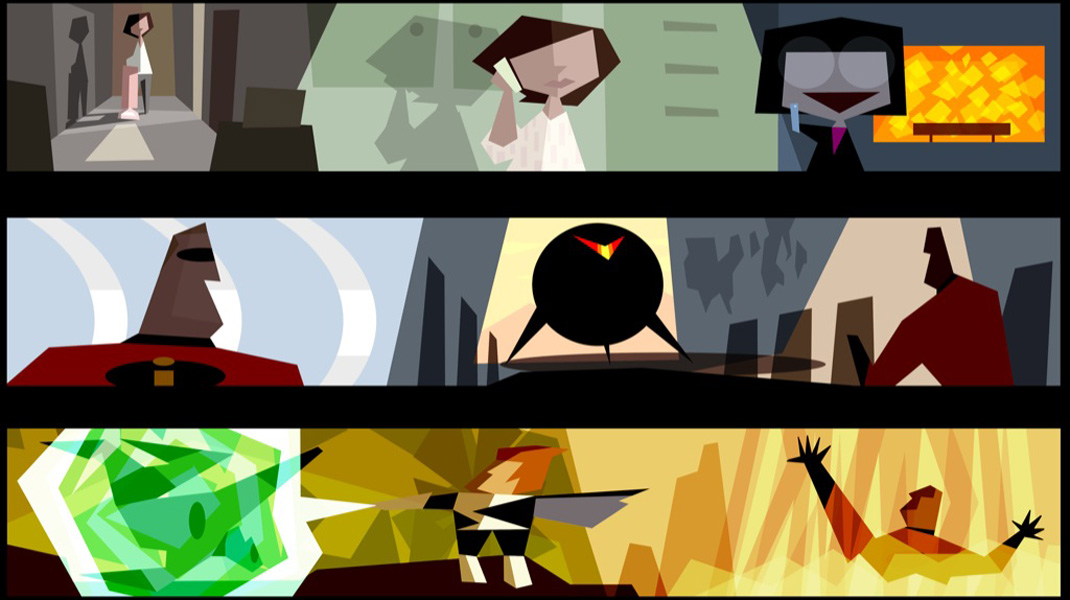 “I always believed that in order to make a really great animated film, you needed to do three things: tell a compelling story that keeps people on the edge of their seat, populate that story with really memorable and appealing characters, and put that compelling story and these memorable characters in a believable world. If you can do those three things really well, then the audience will be swept away and totally entertained.” — John Lasseter, Chief Creative Officer, Pixar and Walt Disney Animation Studios

Installation view of “Pixar: The Design of Story”. Photo by Matt Flynn

Ricky Nierva. Riley and Emotions, “Inside Out,”, 2015. Watercolor and marker on paper © Disney/Pixar