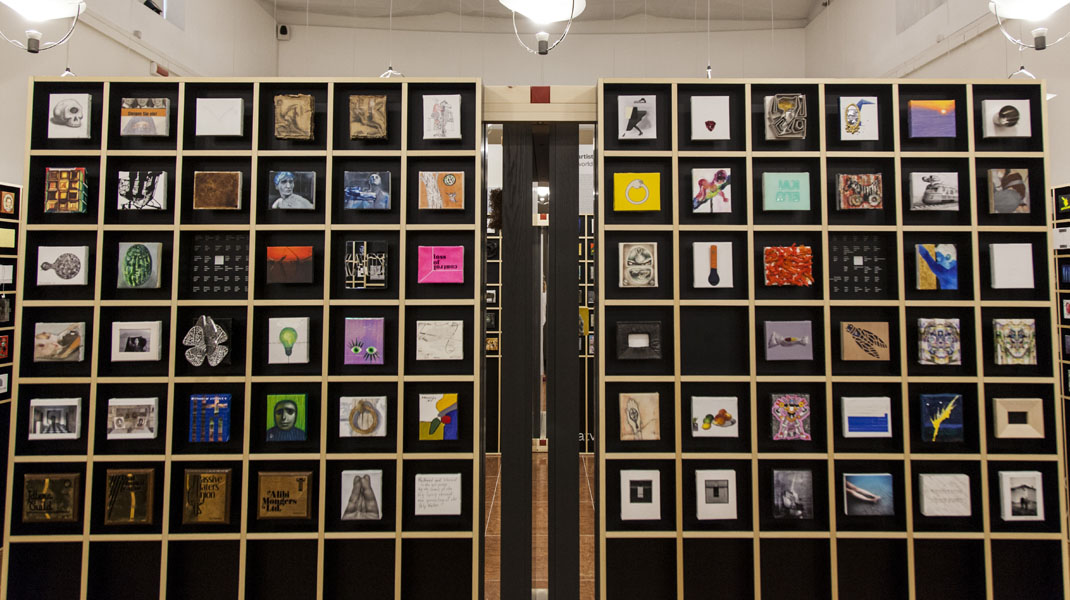 “This Imago Mundi exhibition at the Fondazione Giorgio Cini in Venice has a very special significance for me. The vast numbers of artists present, from over 40 countries, in a certain sense reproduce the world I would ideally like. A world without borders and without political, ideological or religious barriers. Where people work for beauty. And where diversity and freedom of expression are seen as a great wealth. If it were up to artists, I often say, there would be no wars.

So, if these are utopian thoughts, our Map of the New Art is a global catalogue of visions that also includes the country of Utopia, where art and reflections on art coexist. Opposing worlds and views. Anticipations of the future that form the future.” — Luciano Benetton

Outside installation designed by the architect Tobia Scarpa. Five flags, each displaying a work representing one of the five continents. (Photo by Marco Zanin/FABRICA)

Tobia Scarpa designed the special exhibition structure, in a long sequence of images, presented by country. (Photo by Marco Zanin/FABRICA)

A unique format, 10×12 cm, for artists from every continent. More than twenty thousand from one hundred countries by the end of 2015. (Photo by Marco Zanin/FABRICA)

ALGERIA Abdo Shanan, I am, Mixed media on canvas, 2014

The exhibition stands close like the pages of a book. The structure is easy to transport and install, supporting the itinerant aims of the collections. (Photo by Marco Pavan/FABRICA)