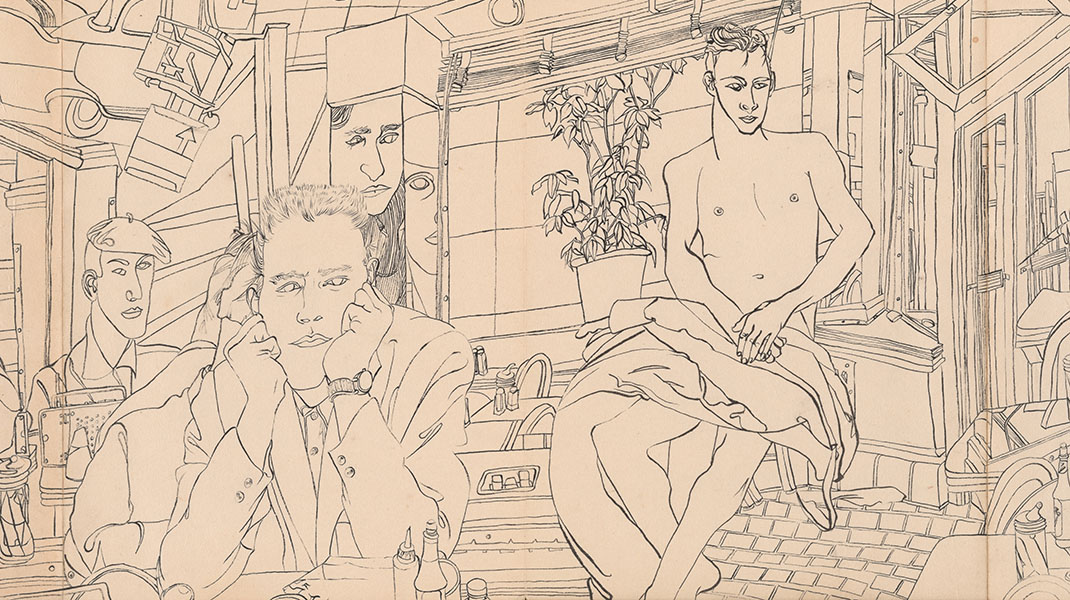 “The Morgan Library & Museum presents Writing a Chrysanthemum: The Drawings of Rick Barton. The first museum exhibition dedicated to this largely undiscovered, yet extraordinary and original draftsman, the exhibition features sixty drawings, two accordion-fold sketchbooks, and five printed works by Rick Barton (1928–1992). The title of the exhibition comes from a story Barton told Etel Adnan (1925–2021) in a San Francisco café in the early 1960s. Adnan, who was enthralled by Barton’s accordion-fold books, later wrote, ‘Rick Barton should have been a San Francisco legend.’ However, he remained an obscure figure until now. Barton’s subjects range from the intimacy of his bedroom to the architecture of Mexican cathedrals, and from the gathering places of Beat-era San Francisco to the sinuous contours of plants. Working almost exclusively in pen or brush and ink, he captured these subjects in a web of lines that evokes both drawing and writing. Though at times his work is simple and economical, more often it is complex and kaleidoscopic.” — The Morgan Library & Museum

Rachel Federman, the Morgan’s Associate Curator of Modern and Contemporary Drawings and the exhibition’s curator, said, “It is thrilling to bring the work of this extraordinary, previously unknown draftsman of the Beat era into public view. Barton’s technical skill is matched by his ability to communicate through line his singular perspective on life, beauty, love, and loss.”