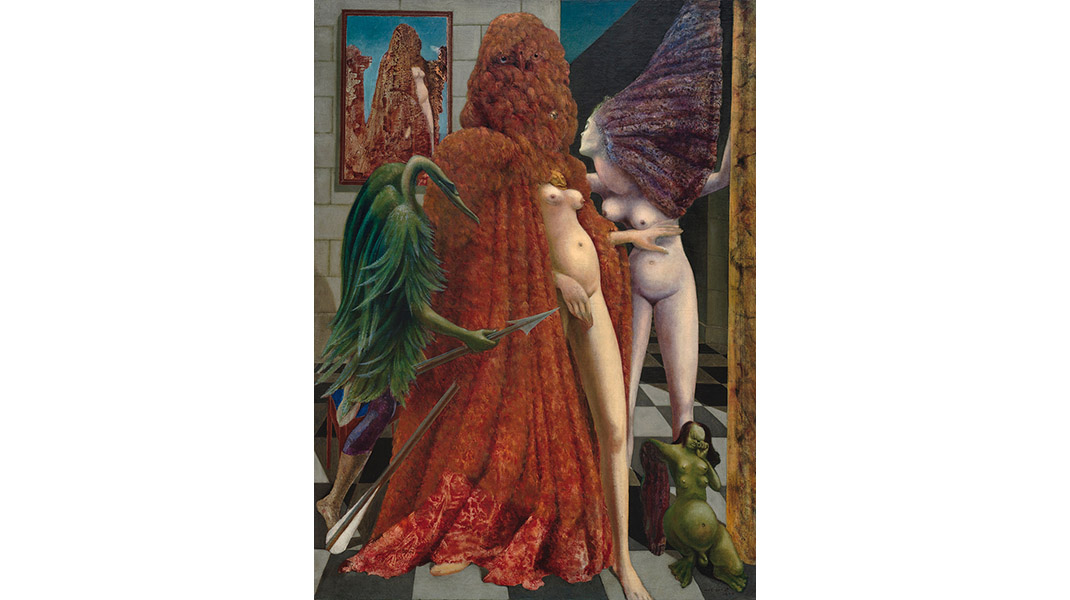 “[Magic is] the means of approaching the unknown by other ways than those of science or religion.” Max Ernst, 1946

“From April 9 through September 26, 2022 the Peggy Guggenheim Collection presents Surrealism and Magic: Enchanted Modernity, curated by Gražina Subelytė, Associate Curator, Peggy Guggenheim Collection. This is the first large-scale international loan exhibition to focus on the Surrealists’ interest in magic, alchemy, and the occult, and it includes about 60 works by more than 20 artists, from 40 international lenders, including prestigious museums and private collections. Chronologically, it ranges from the ‘metaphysical painting’ of Giorgio de Chirico around 1915, through iconic paintings such as Max Ernst’s Attirement of the Bride (1940) and Victor Brauner’s The Lovers (1947), to the occult symbolism of the late works of Leonora Carrington and Remedios Varo.

The exhibition’s point of departure is the world-class Surrealist holdings of the Peggy Guggenheim Collection, containing emblematic paintings that reflect the Surrealists’ dialogue with the occult tradition. Many artists represented in this show were exhibited by Peggy Guggenheim, who emerged as one of the most energetic collectors and patrons of Surrealism in the late 1930s. Having familiarized herself with Surrealism during her stay in Paris between the wars, she was on intimate terms with Max Ernst and Breton.” — Peggy Guggenheim Collection