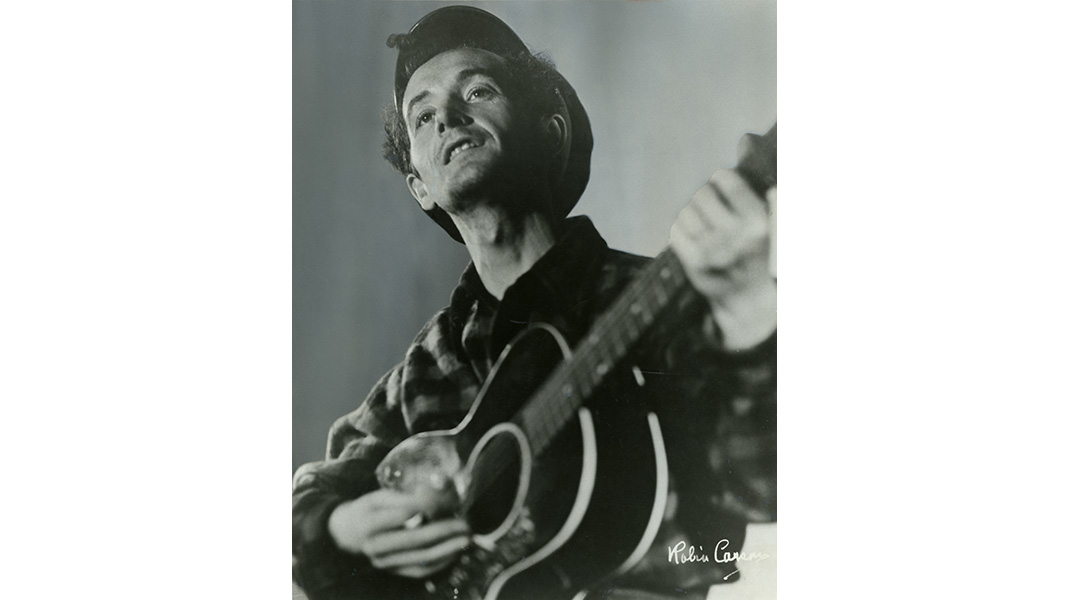 “The Morgan Library & Museum presents Woody Guthrie: People Are the Song, opening February 18, 2022, and running through May 22, 2022. Curated in collaboration with the Woody Guthrie Center, Woody Guthrie Publications, and music historian Bob Santelli, the exhibition tells the story of the great American troubadour and writer Woody Guthrie in his own words and by his own hand. On view is an extraordinary selection of musical instruments, handwritten lyrics, manuscripts, photographs, books, art, and audiovisual media, assembled from the preeminent holdings of the Woody Guthrie Archive and several private collections. Prominent among these rarely seen objects are the original, handwritten lyrics to ‘This Land Is Your Land,’ one of the world’s most famous protest songs, which Guthrie composed just a few blocks away from the Morgan in 1940. More than eighty years later, this song remains enduringly popular, as Guthrie’s words maintain a vital relevance today.

An icon of the Depression era and the author of more than three thousand folk songs, Woody Guthrie (1912–1967) is one of the most influential songwriters and recording artists in American history. But he was not only a songwriter, and his subject matter extended well beyond labor politics. The full corpus of his creativity—including lyrics, poetry, artwork, and largely unpublished prose writings—encompassed topics such as the environment, love, sex, spirituality, family, and racial justice. Guthrie developed a personal philosophy that has impacted generations of Americans and inspired musician-activists from Pete Seeger and Bruce Springsteen to Ani DiFranco and Chuck D. As Bob Dylan noted of Guthrie, ‘You could listen to his songs and actually learn how to live’.” — The Morgan Library & Museum