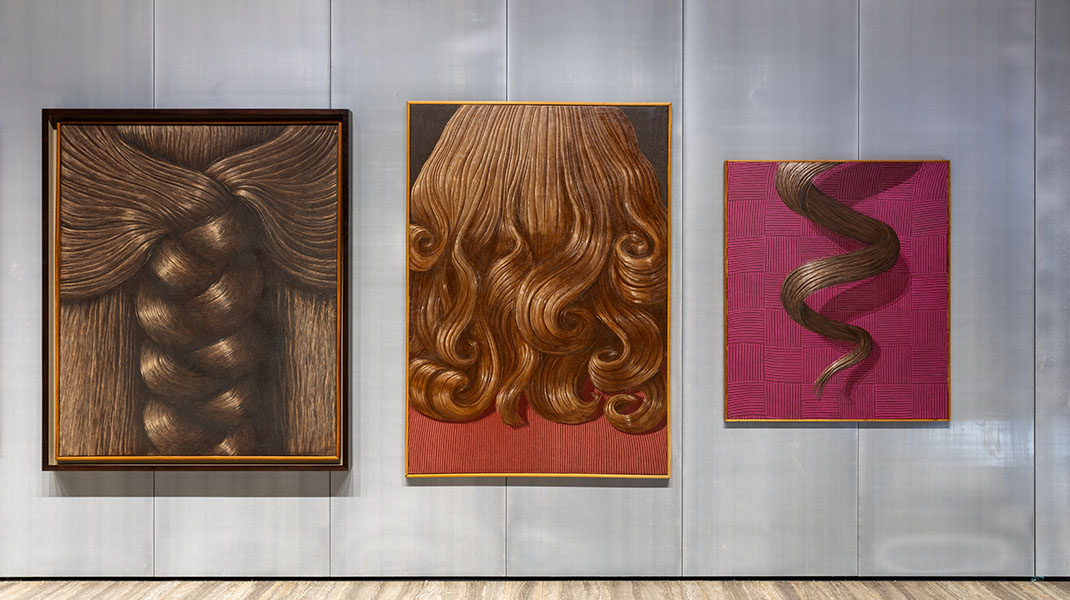 “This retrospective is part of the series of exhibitions that Fondazione Prada has dedicated to artists—such as Edward Kienholz, Leon Golub and William Copley—whose practice developed along paths and interests that took a different direction from the main artistic trends of the second half of the 20th century. The aim is to explore Gnoli’s practice and his activity as a unique discourse free of labels, documenting links with the international cultural scene of his time and highlighting affinities with contemporary visual research. Furthermore, Domenico Gnoli will expand on the insights of those who, in the past, interpreted the artist’s work from an original historical and critical viewpoint, recognizing the inspiration that he drew from the Renaissance and highlighting the narrative value of his works.

Conceived by Germano Celant, the exhibition brings together over 100 works produced by the artist between 1949 and 1969 and will be complemented by as many drawings. A chronological and documentary section featuring materials, photographs and other items will retrace the biography and artistic career of Domenico Gnoli (Rome, 1933 – New York, 1970) more than fifty years after his death. The project has been realized in collaboration with the artist’s Archives in Rome and Mallorca, which preserve Gnoli’s personal and professional heritage.” — Fondazione Prada