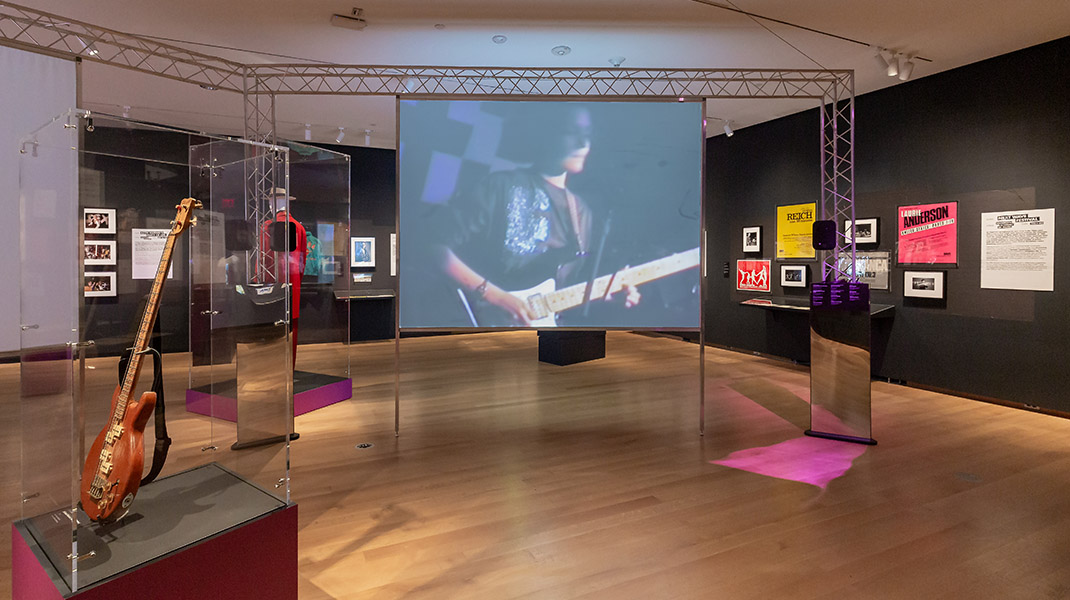 “Museum of the City of New York, the city’s storyteller for almost 100 years, presents New York, New Music: 1980-1986, a new exhibition that revisits the music scene of early 1980s New York City. The exhibition examines this transformative era through the lens of emerging pivotal music genres and the influence they played on New York’s broader cultural landscape. Opening on June 11, in advance of MTV’s 40th anniversary in August, the exhibition highlights diverse musical artists—from Run DMC to the Talking Heads, from Madonna to John Zorn— to explore the broader music and cultural scene, including the innovative media outlets, venues, fashion, and visual arts centered in the city during that time.” — Museum of the City of New York

“The early 1980s were a time of significant transition in New York, with the city facing crime, urban decay, and homelessness. And yet, despite those challenges, it was also a particularly fertile time for music and other creativity in New York City,” says Whitney Donhauser, Ronay Menschel Director and President, Museum of the City of New York. “The musical innovations of this time period are a great example of the resilience of the city and the importance of art and creativity as forces of transformation.”

“During the 80s, there was a community-driven musical renaissance in New York City. It was an era of creativity and genre-defying performance that, in my mind, stands as one of the most influential in musical and cultural history,” says Sean Corcoran, curator of prints and photography, Museum of the City of New York. “That wide range of music –from no wave to pop to hip-hop to salsa to jazz, mixed in a dynamic arts scene that stretched across clubs and bars, theaters, parks, and art spaces– provided fertile ground for a musical revolution — one that continues to influence pop culture to this day.”

Installation views of New York, New Music: 1980-1986 at Museum of the City of New York. Photographs by Corrado Serra.