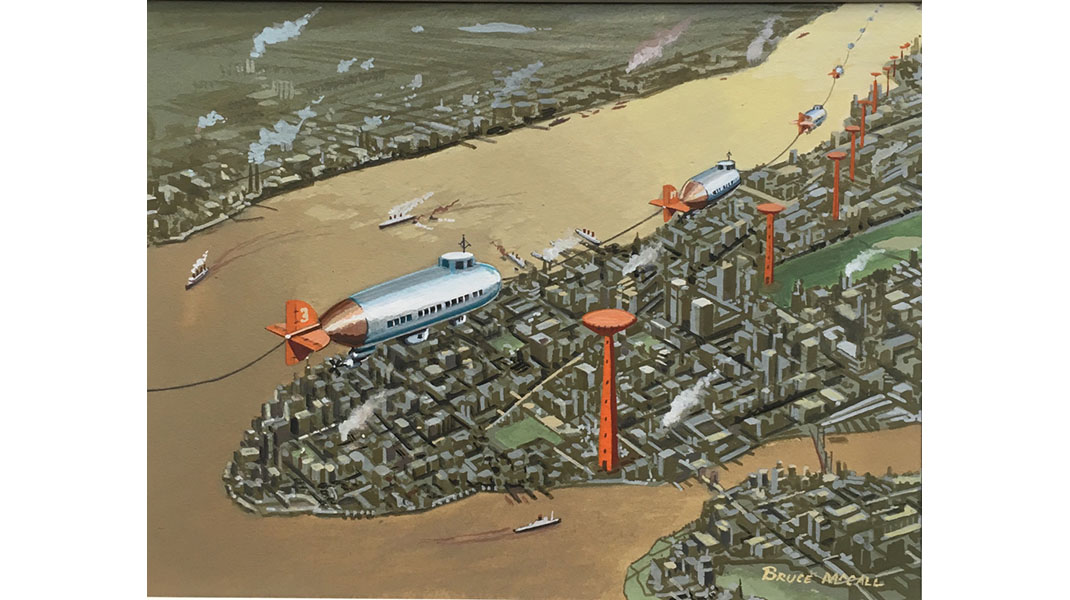 “Showcasing the vibrant and humorous work of the prolific artist, Bruce McCall’s New York presents colorful visions of a fantastical version of New York City—where pterodactyls fly down Central Park West, King Kongs wait to audition for the role of a lifetime, rooftop farms reach far up into the sky, and ubiquitous orange parking tickets are part of the fall foliage. On view in the Pam and Scott Schafler Gallery at the New-York Historical Society and curated by Associate Curator of Exhibitions Cristian Petru Panaite, Bruce McCall’s New York features more than 40 zany paintings that transport visitors to an often retro-futuristic New York and invite them to ponder what the city is or could be.

Canadian-born author and artist Bruce McCall (b. 1935), who moved to New York City in 1964, has contributed to virtually every prominent magazine in North America, including Esquire and Vanity Fair, and was a member of the original National Lampoon. McCall has been a regular contributor to The New Yorker, where he has created more than 75 covers over four decades, a third of which are on display along with several never-before-seen progress drawings.” — New-York Historical Society