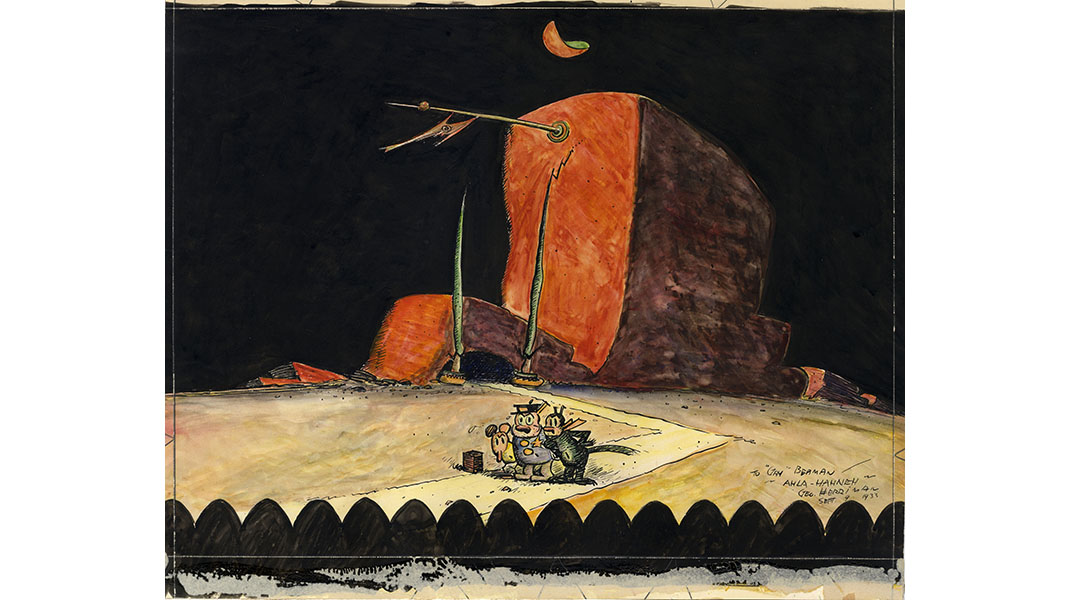 “Marginalia. Inside the Comics Art Collections is an exploration of comic book art, a young art born at the same time as film and psychoanalysis, and which has frequently opted for marginality over convention, humour over academicism and counter-culture over received ideas.

Built around rare loans from public and private collections, the exhibition offers a chance to rethink the relationship between comic books and their acceptance by institutions, or how a medium that has always been split between counter-culture and mass culture has entered the museum space without giving up its transgressive vocation or boosting its commoditisation.

Following Freud’s traumarbeit (dream-work) model, Marginalia. Inside the Comics Art Collections invites visitors to discover over 350 works by some of the greatest comic book artists and honours the passion of those who find their work an endless source of fascination.

Marginalia are the small drawings located in the margins of Medieval manuscripts. Often secular, sometimes droll, always fascinating, they form a dialogue with the texts that they illuminate, explain or criticise and can be seen as the origins of comic books, a combination of drawing and writing which blossomed in the 20th century.” — NMNM