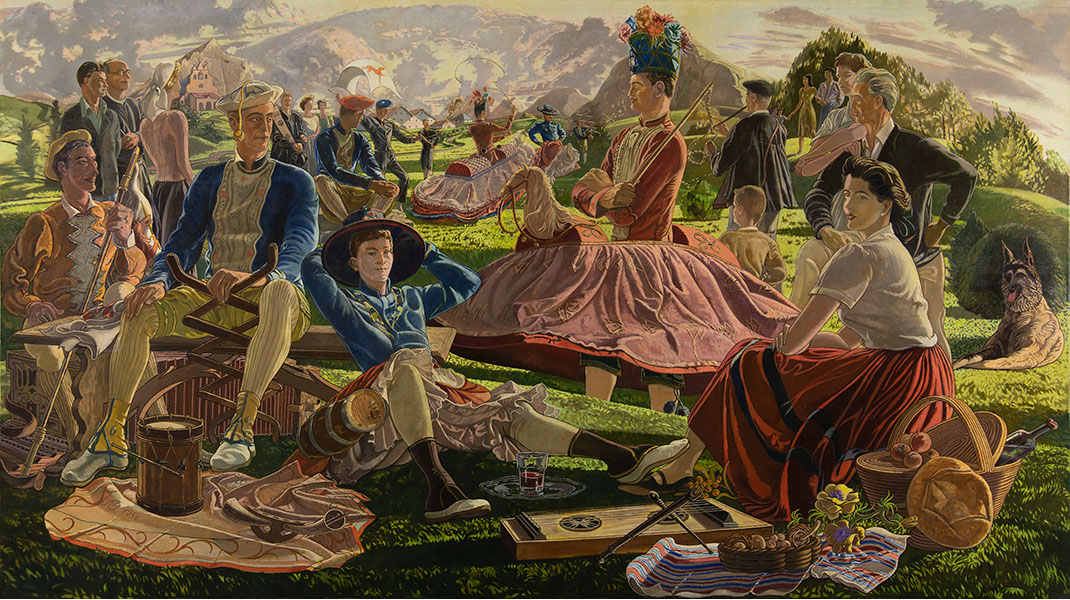 “The Guggenheim Museum Bilbao presents Bilbao and Painting, an exhibition that brings together a selection of paintings created by artists working in Bilbao in the late 19th and early 20th centuries, who traveled to Paris and incorporated the ideas of modernism from French Impressionism and the Avant-gardes. At the turn of the century, Bilbao became one of the most prosperous cities in Spain, thanks to its naval, and iron and steel industries, and its commercial, banking, and cultural activity. There is, at this period, among the citizens of Bilbao a craving and an earnest wish to succeed and steadily advance towards a better future for all, a sort of empathy that unfortunately will be shattered with advent of the Civil War of 1936.

The exhibition represents and conceptualizes different moments in the history of Bilbao through large-scale paintings that portray, among other scenes, the commercial ships in the river and the terraces given to leisure, the life of the bourgeoisie and the village folk, the rowers, the struggle and death at sea, sporting heroes, the daily tasks in a fishing port or the festivities in a Biscayan anteiglesia (village district).” — Guggenheim Museum Bilbao