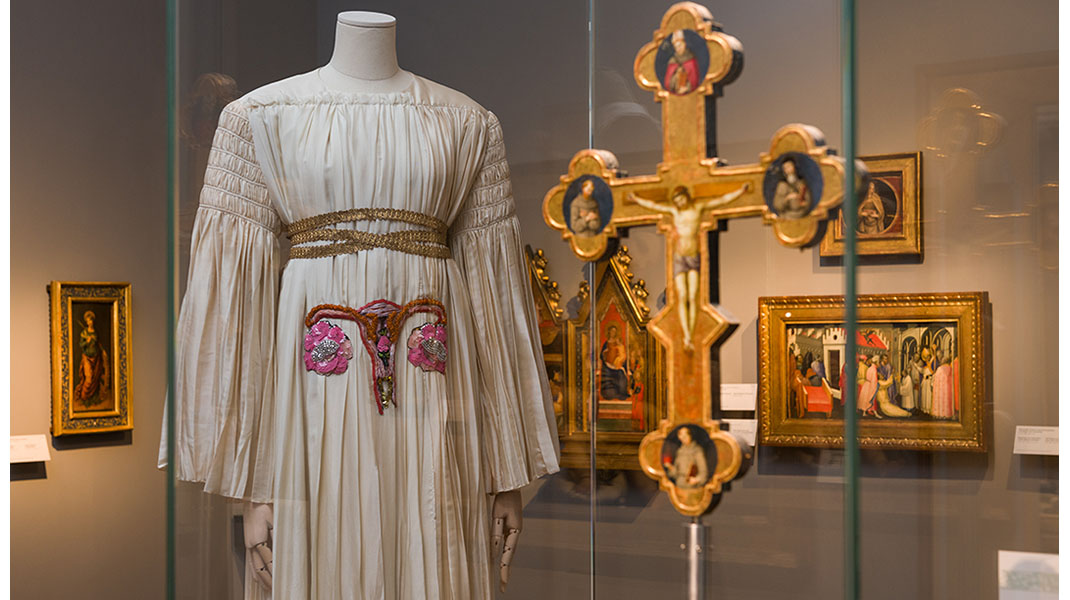 “The project, in the form of an exhibition and a catalogue, aims to spark off a series of reflections on contemporary fashion, its qualities and its attributes, taking as its starting point Italo Calvino’s Six Memos for the Next Millennium, the series of Charles Eliot Norton Poetry Lectures that the writer was supposed to give at Harvard University in the autumn of 1985. Calvino died suddenly in September of the same year, but his wife Esther decided to publish what he had written for them. Thus the incisive and inclusive word Memos has been chosen as the title of the exhibition.

Reading Calvino today raises a fundamental question: can fashion, given its nature as a cultural industry, as a system of communication, as a rich, hybrid and problematic territory, be considered a scientific and poetic practice, and therefore a naturally literary one? So the exhibition uses Calvino’s words as devices to reflect on what has changed and what has stayed the same in fashion. Memos also evokes the legendary typewritten notes Diana Vreeland used to make when she was editor of the American edition of Vogue. Notes, intended for the editorial staff, that sum up the speed with which Vreeland’s imagination operated. Notes that functioned as mood boards made up of words.

The selection of objects: the clothes, magazines and ephemera that are part of the stories told by fashion, and that help to organize the exhibition into a sequence of three-dimensional ‘memos’, include among other things clothes designed by the most important fashion designers.” ― Museo Poldi Pezzoli

Installation views of Memos. On Fashion in This Millennium.

Memos. On Fashion in This Millennium was conceived and curated by Maria Luisa Frisa. Exhibition project was by Judith Clark. Visual design was by Stefano Tonchi.