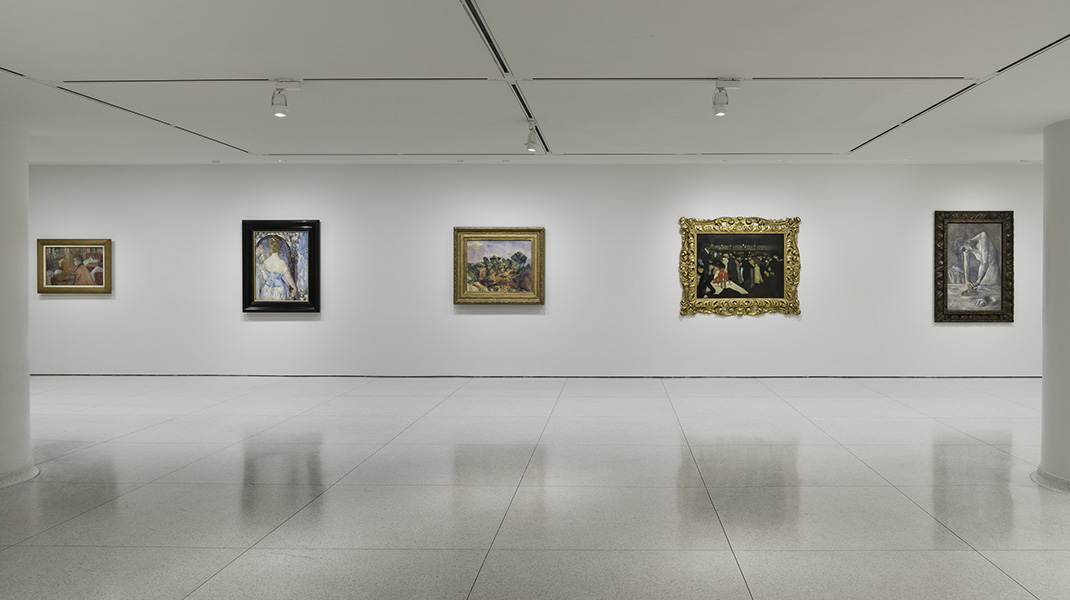 “The Thannhauser Collection, formed by the collector and art dealer Justin K. Thannhauser (1892–1976), introduced to the Guggenheim’s holdings works by such groundbreaking artists as Edgar Degas, Édouard Manet, and Vincent van Gogh, and more than thirty examples by Pablo Picasso. This major gift provides an important survey of late 19th- and early 20th-century modernism. It was during this critical period—as artists sought to liberate art from academic genres and introduce contemporary subject matter—that the avant-garde investigated novel materials and methods, setting the stage for the development of radical new styles.

Justin Thannhauser was a vital figure in the dissemination of modern art in Europe and the United States in the early 20th century. From the 1910s, Justin Thannhauser worked alongside his father, Heinrich Thannhauser (1859–1935), in his Moderne Galerie in Munich and helped build a dynamic exhibition program that featured the French Impressionists and Post-Impressionists, in addition to contemporary German artists. The gallery provided a crucial venue for experimental art, mounting the premiere Der Blaue Reiter (The Blue Rider) group exhibition in 1911–12 and one of the first Picasso shows in Germany in 1913, among others.” — Solomon R. Guggenheim Museum

The Thannhauser Collection is organized by Megan Fontanella, Curator, Modern Art and Provenance.