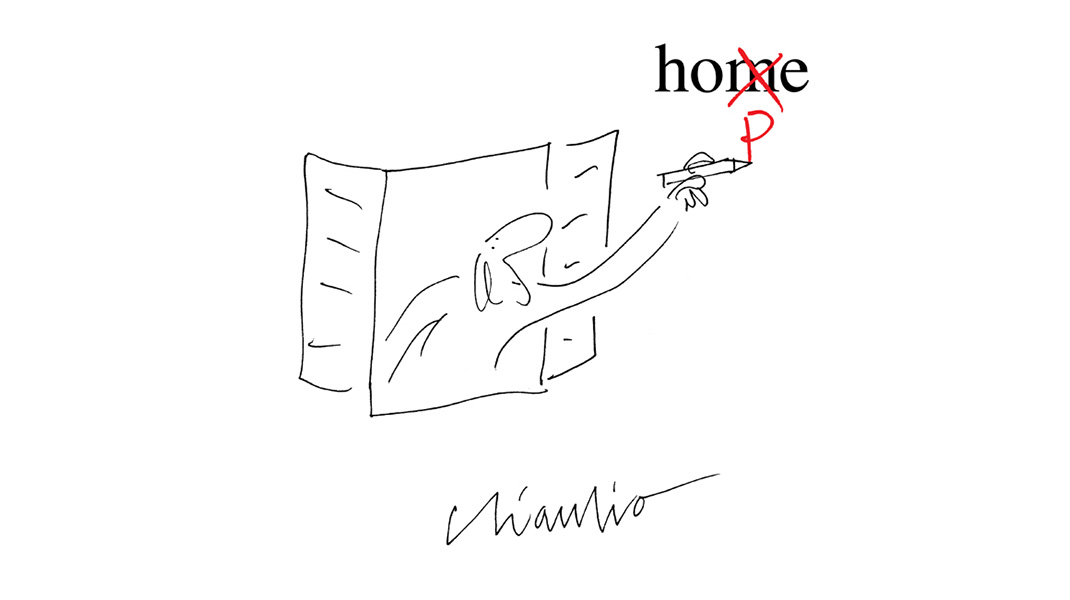 “These small drawings are born with a quick stroke, because their execution must be fast, this is the rule I have given myself: the intuition of the idea must almost coincide with putting it on the page, without intermediate steps.

Often the games between words and images arise from misunderstandings, from linguistic misunderstandings, from accidents of meaning that happen in my head in the most unexpected moments. I have Gianni Rodari in mind, when in his book The grammar of fantasy he talks about ‘creative error’, reflecting on how the possibility of a story lies in every error, and suggesting to transform the old proverb ‘making a mistake you learn’ in ‘making a mistake you invent’.

These drawings collected together form a surreal and ironic diary. For the moment I have called them ‘Cherries’, because I would like them to have the same effect on the viewer as Peanuts, the famous stripes of the great Charles Schulz: after having tasted one, you cannot resist the pleasure of wanting to try another one right away.” —  Francesco Chiacchio

WHAT’S ON YOUR MIND?

Francesco Chiacchio lives and works in Florence. His work ranges from collages to drawings and paintings. He has illustrated books, record album covers and drew graphic short stories. From 2010 to 2012 he illustrated the cultural pages of La Repubblica Firenze. In 2009 he created the graphics for a multimedia project, X (Suite for Malcolm), which was composed by the saxophonist Francesco Bearzatti for his Tinissima Quartet and performed in Europe and in the United States. He loves to grow words in his “word-garden”, sprinkle them with different signs, watch them grow from afar and pick them for a drawing. http://www.francescochiacchio.com/