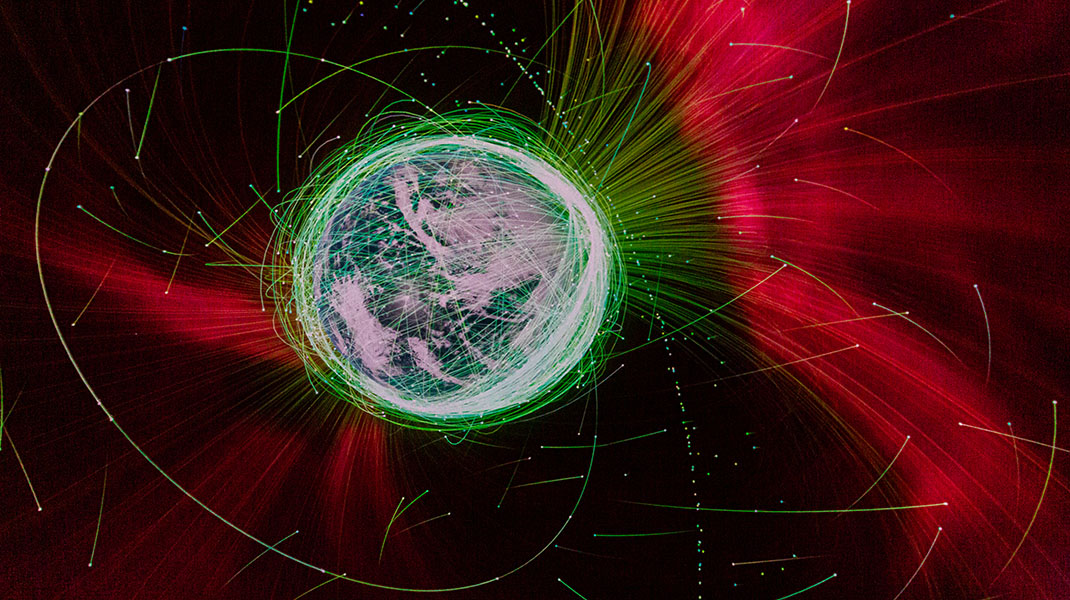 “Featuring immersive visualizations of distant worlds, groundbreaking space missions, and breathtaking scenes depicting the evolution of our solar system, the American Museum of Natural History’s new Hayden Planetarium Space Show, Worlds Beyond Earth, will open January 21, 2020, using a new planetarium projection system that is the most advanced in the world, and is part of the Museum’s 150th anniversary celebration. Worlds Beyond Earth, narrated by Academy Award winner Lupita Nyong’o, takes viewers on an exhilarating journey that reveals the surprisingly dynamic nature of the worlds that orbit our Sun and the unique conditions that make life on our planet possible.

While humans have to yet to walk on another world beyond the Moon, Worlds Beyond Earth celebrates the extraordinary Age of Exploration carried out by our closest proxies, robotic explorers, over the past 50 years. Created by an award-winning team that includes Museum scientists, educators, and science visualization experts, Worlds Beyond Earth is an immersive theater experience based on authentic data from NASA, European Space Agency (ESA), and Japan Aerospace Exploration (JAXA) missions, telescopes, supercomputer simulations, and research conducted at institutions around the globe. Viewers will be taken on an adventure across the solar system, from our Moon and planetary neighbors Mars and Venus to beyond the asteroid belt, where worlds of ice and gas like Saturn and Jupiter host moons revealing active weather, erupting volcanoes, and buried oceans.” — American Museum of Natural History

Stills from the Space Show Worlds Beyond Earth at the American Museum of Natural History’s new Hayden Planetarium. Photographs by Corrado Serra.