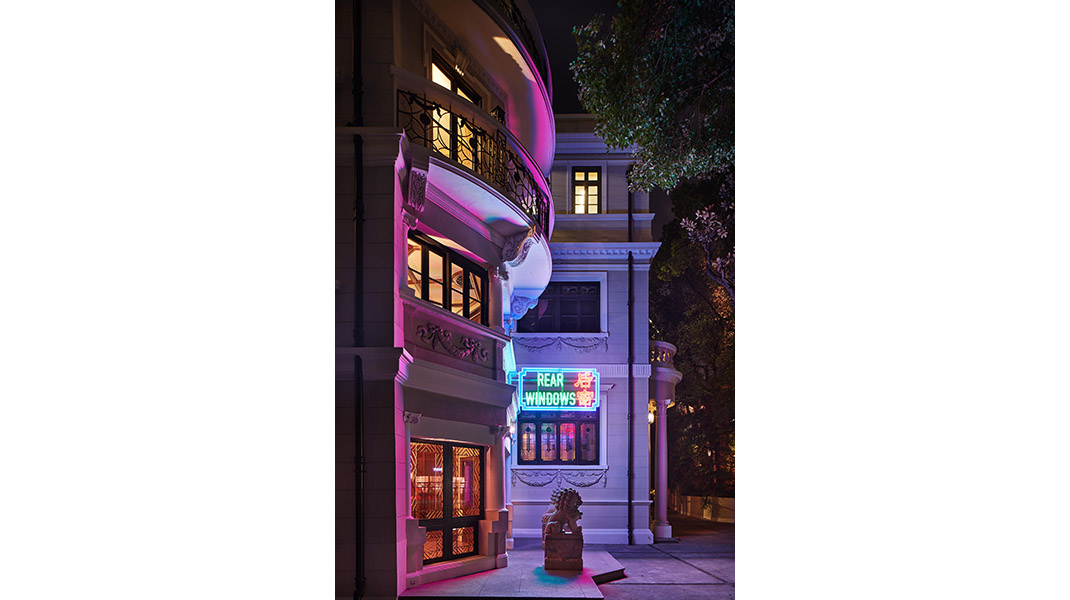 “Prada presents ‘Rear Windows’, a new exhibition project by artist Li Qing, with the support of Fondazione Prada. Curated by Jérôme Sans, the show will be on view in the premises of Prada Rong Zhai, a 1918 historical residence in Shanghai restored by Prada and reopened in October 2017.

‘Rear Windows’ is an immersive and collaborative project conceived on site by the artist Li Qing and the curator as a specific storyboard, an in-depth exploration of the history and the space of Prada Rong Zhai, creating a connection between the past times and the current urban environment of Shanghai.

‘Rear Windows’—inspired by the eponymous 1954 movie directed by Alfred Hitchcock— is devised as a succession of climatic scenes to experience the act of seeing and of being seen or observed. Through some of his emblematic works like Neighbor’s Window and Tetris Window series, Li Qing suggests references to the city of Shanghai (or even Hangzhou, where the artist lives), where old and new buildings, different social groups, urban myths, legends and expectations coexist.” — Fondazione Prada

Jérôme Sans’ describes the exhibition, “as a narrative story conceived through a wide range of Li Qing’s past and recent works, unfolding as in a movie set of a film whose action is about to happen. Li Qing initiates here a new form of poetry in Prada Rong Zhai, one which belongs to an imaginary society and that lives in its past dreams, but also within his own work of today, continually questioning: how to be closer to the reality of things?”