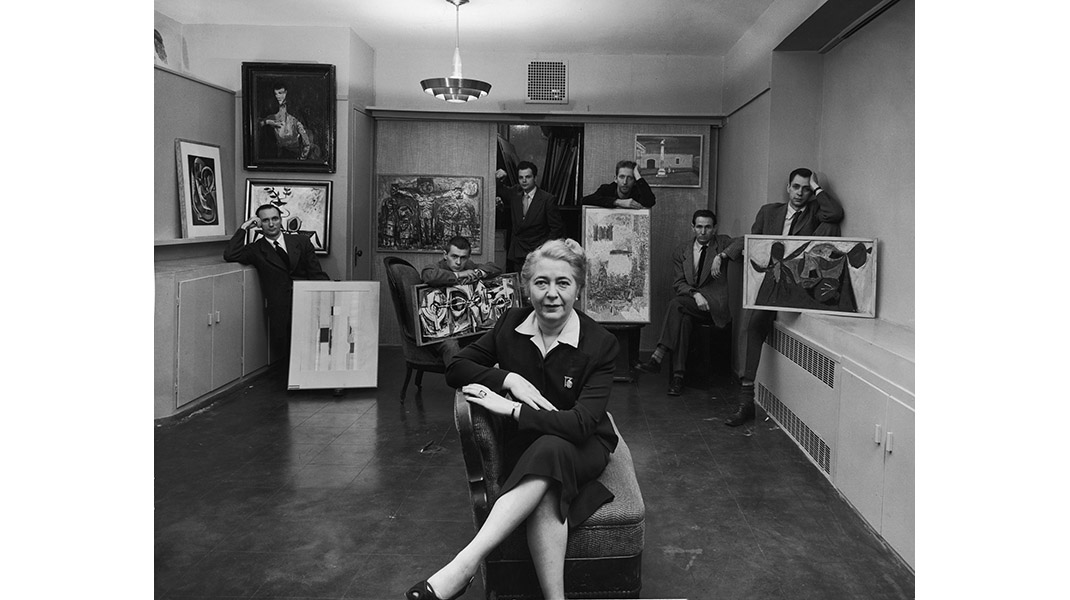 “The Jewish Museum presents Edith Halpert and the Rise of American Art, the first exhibition to explore the remarkable career of Edith Gregor Halpert (1900-1970), the influential American art dealer and founder of the Downtown Gallery in New York City. A pioneer in the field and one of New York’s first female art dealers, Halpert propelled American art to the fore at a time when the European avant-garde still enthralled the world. The artists she supported — Stuart Davis, Jacob Lawrence, Georgia O’Keeffe, Yasuo Kuniyoshi, Ben Shahn, and Charles Sheeler key among them — became icons of American modernism. Halpert also brought vital attention to overlooked nineteenth-century American artists, such as William Michael Harnett, Edward Hicks, and Raphaelle Peale, as well as little-known and anonymous folk artists. With her revolutionary program at the Downtown Gallery, her endless energy, and her extraordinary business acumen, Halpert inspired generations of Americans to value the art of their own country, in their own time.” — The Jewish Museum

Edith Halpert at the Downtown Gallery, wearing the 13 watch brooch and ring designed for her by Charles Sheeler, in a photograph for Life magazine in 1952. She is joined by some of the new American artists she was promoting that year: Charles Oscar, Robert Knipschild, Jonah Kinigstein, Wallace Reiss, Carroll Cloar, and Herbert Katzman. Photograph © Estate of Louis Faurer

Edith Halpert and the Rise of American Art is organized by Rebecca Shaykin, Associate Curator, The Jewish Museum, New York.