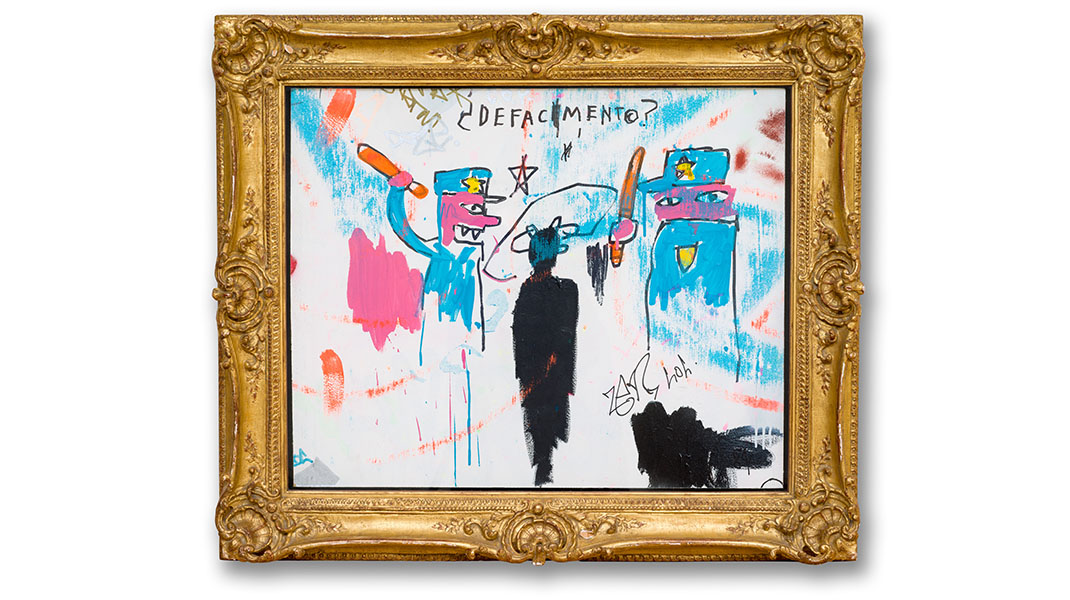 “The Solomon R. Guggenheim Museum presents Basquiat’s “Defacement”: The Untold Story. This focused, thematic exhibition of work by Jean-Michel Basquiat (American, 1960–1988), supplemented with work by others of his generation, explores a formative chapter in the artist’s career through the lens of his identity and the role of cultural activism in New York City during the early 1980s.

The exhibition takes as its starting point the painting The Death of Michael Stewart, informally known as Defacement, created by Basquiat in 1983 to commemorate the fate of the young, black artist Michael Stewart at the hands of New York City transit police after allegedly tagging a wall in an East Village subway station. Originally painted on the wall of Keith Haring’s studio, the work was not meant to be seen widely and has rarely been exhibited in a public context. With approximately twenty paintings and works on paper by Basquiat and his contemporaries, this presentation will examine Basquiat’s exploration of black identity, his protest against police brutality, and his attempts to craft a singular aesthetic language of empowerment.” — Solomon R. Guggenheim Museum