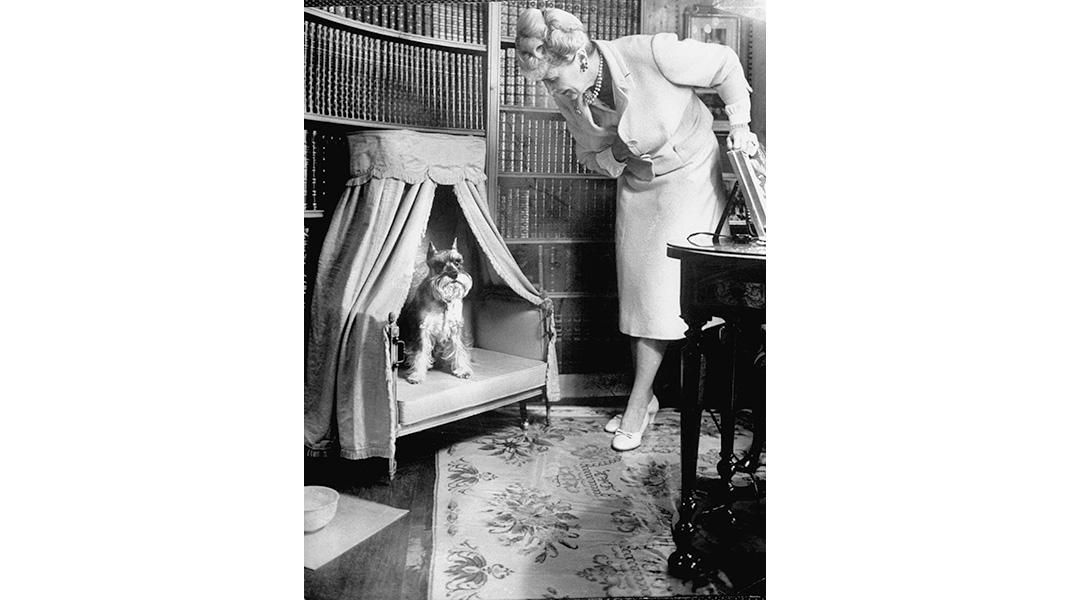 “The special exhibition Mid-Century Master: The Photography of Alfred Eisenstaedt, on view at Hillwood Estate, Museum & Gardens will feature nearly 50 works from photographer Alfred Eisenstaedt, focusing on his timeless images of life in the mid-20th century and the era’s most celebrated figures, including Hillwood founder Marjorie Merriweather Post.

A pioneer of the candid style, Eisenstaedt was renowned for his ability to capture his subjects in unguarded moments. According to Eisenstaedt, “it’s more important to click with people than to click the shutter,” reflecting his unobtrusive, relaxed approach to working with celebrities and dignitaries. His famous informal portraits featured world leaders, politicians, philanthropists, scientists, artists, actors, writers, and more. When he photographed Marjorie Post for the November 5, 1965 issue of LIFE he cemented her place among the most notable people of the 20th century.

‘Marjorie was already well-known as a social figure, businesswoman, and philanthropist when the LIFEissue hit the stands,’ explained Hillwood executive director Kate Markert. ‘But this eighteen-page spread, capturing her in genuine moments, really showcased her generous spirit and gracious way of life.’ Featuring her life in and about her three properties at the time—Hillwood, Camp Topridge, and Mar-a-Lago—the piece brought an abundance of fan letters to Post’s various addresses as the public discovered Post to be both exquisite and approachable. Mid-Century Master will present images from this issue along with other Eisenstaedt photos that documented the personalities, events, and experiences of the time.” —  Hillwood Estate Museum

Alfred Eisenstaedt (1898-1995). Marjorie Merriweather Post, heiress and founder of General Foods, chatting with her schnauzer, who is posing in his canopied bed once bused by Belgian royalty, at her 25-acre Hillwood Estate. Washington, DC 1964 © The Picture Collection Inc. All Rights Reserved.

“Though lesser-known among modern photographers, Alfred Eisenstaedt was behind the lens of some of the most memorable photos of the 20th century,” said Megan Martinelli, assistant curator of apparel, jewelry, and accessories at Hillwood and curator of the exhibition. “His masterful ability to capture the essence of a fleeting moment left an indelible mark on the field of photojournalism. Mid-Century Masterwill display the legendary work of Eisenstaedt, offering an exploration into life during the mid-20th century and his role in documenting not only Marjorie Post’s lifestyle but also the collective zeitgeist of the last century.”