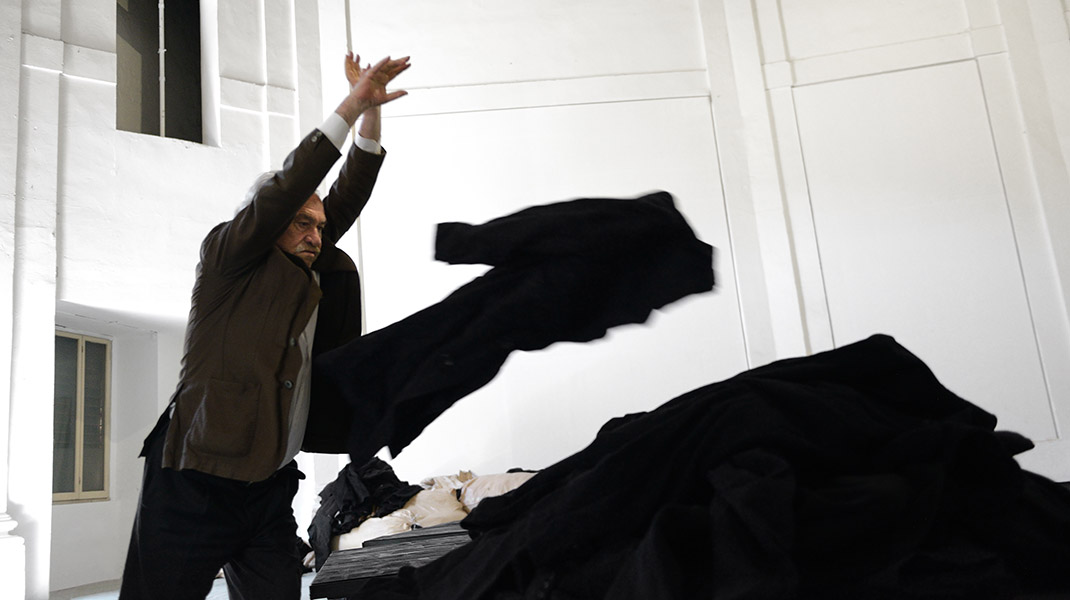 “Fondazione Prada presents Jannis Kounellis, curated by Germano Celant, the major retrospective dedicated to the artist following his death in 2017. Developed in collaboration with Archivio Kounellis, the project brings together more than 60 works from 1959 to 2015, from both Italian and international art institutions and museums, as well as from important private collections both in Italy and abroad. The show explores the artistic and exhibition history of Jannis Kounellis (Piraeus 1936 – Rome 2017), highlighting key moments in the evolution of his visual poetics and establishing a dialogue between his works and the eighteenth-century spaces of Ca’ Corner della Regina.” — Fondazione Prada

Ca’ Corner della Regina, built between 1724 and 1728 by Domenico Rossi for the Corner family of San Cassiano, is a Venetian palazzo overlooking the Grand Canal and located in the Sestiere of Santa Croce. It was erected on the ruins of the Gothic building in which Caterina Corner, the future queen of Cyprus, was born in 1454. Since 2011 it has been the Venetian headquarters of the Prada Foundation, which has presented several temporary exhibitions, together with the conservative restoration of the building.