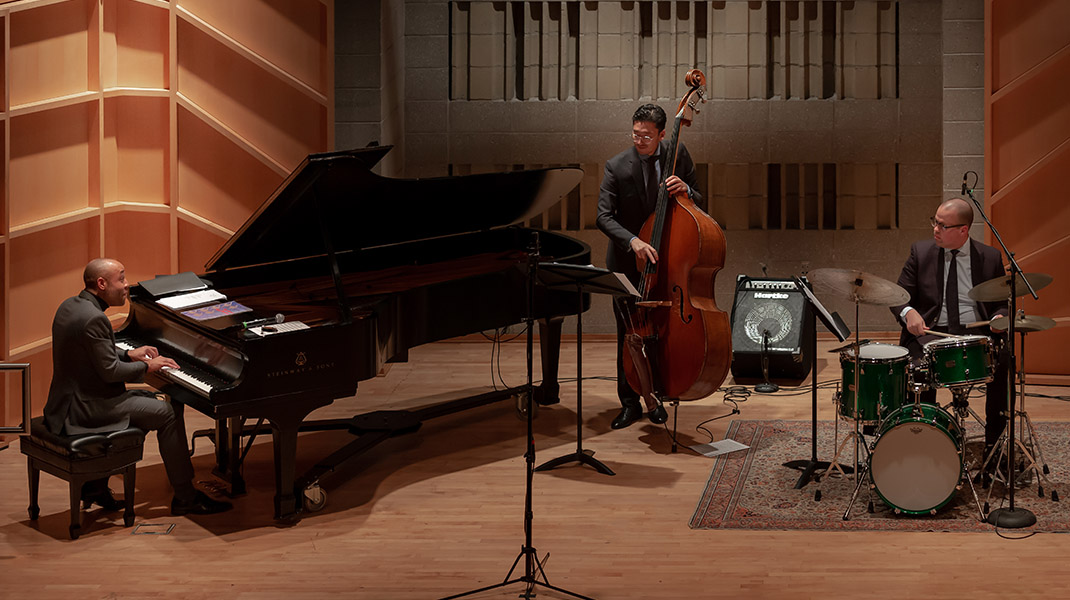 Aaron Diehl, the classically trained pianist and composer, has made an indelible mark on the jazz world, with a rare affinity for early jazz, mid-20th century “third-stream” music, and modern classical works. Diehl is one of the most sought after jazz virtuosos. His meticulously thought-out performances, collaborations, and compositions are a leading force in today’s generation of jazz contemporaries, spearheading a distinct union of traditional and fresh artistry.