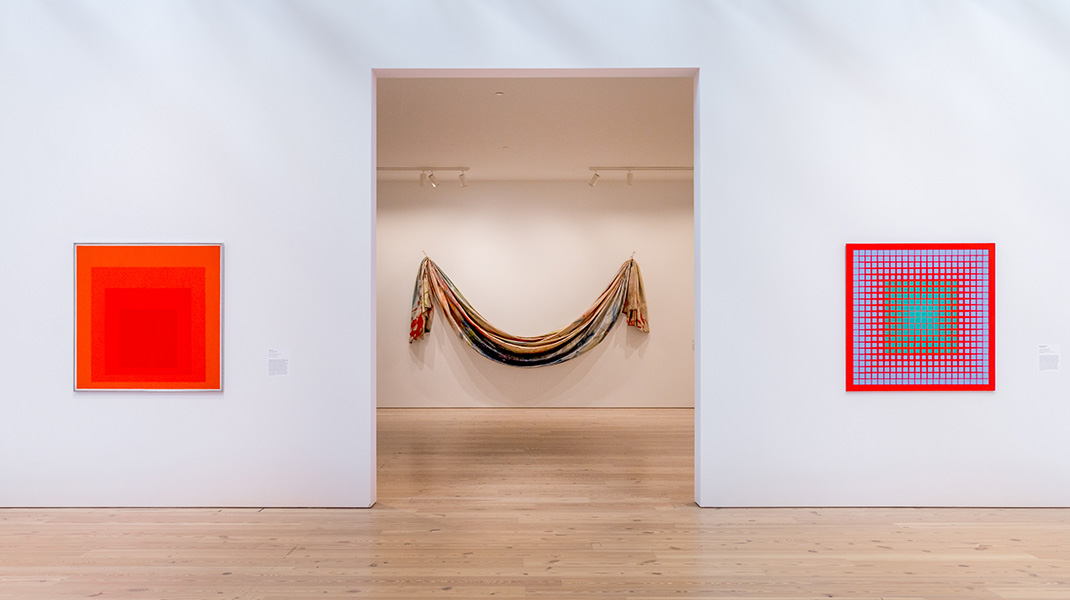 “This exhibition gathers paintings from the 1960s and early 1970s that inventively use bold, saturated, and even hallucinatory color to activate perception. During this period, many artists adopted acrylic paint—a newly available, plastic-based medium—and explored its expansive technical possibilities and wider range of hues. Color Field painters poured paint and stained unprimed canvas, dramatizing painting’s materiality and visual force. Painters associated with Op art deployed pattern, geometric arrangement, and intense color combinations to emphasize that vision is a commingling of physical response and unconscious association. At the same historical moment, an emerging generation of artists of color and women explored color’s capacity to articulate new questions about perception, specifically its relation to race, gender, and the coding of space. The exhibition looks to the divergent ways color can be equally a formal problem and a political statement.” — Whitney Museum of American Art

Drawn entirely from the Whitney’s collection, Spilling Over is organized by David Breslin, DeMartini Family Curator and Director of the Collection, with Margaret Kross, curatorial assistant.